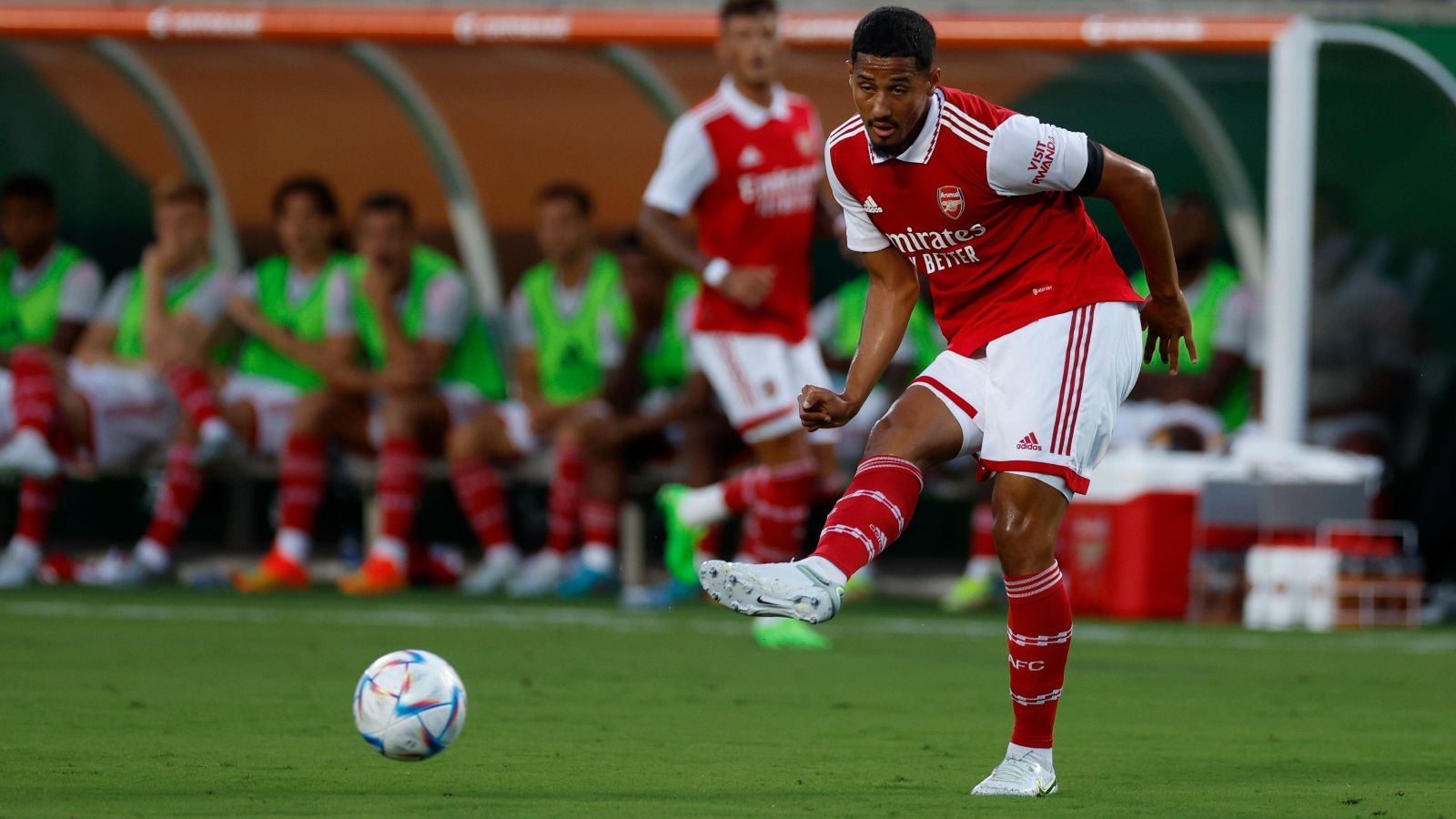 Marseille are becoming increasingly ‘optimistic’ that they can re-sign Arsenal defender William Saliba this summer, according to reports.

At some point Saliba will have to be given a proper chance in the Gunners first team and, if it isn’t this season, then his future at the club looks bleak.

Saliba has featured for Mikel Arteta’s side in pre-season and there has been an expectation that he will fit into the Arsenal boss’ plans this campaign.

Arteta has been impressed by what he’s seen from Saliba in pre-season, the Arsenal boss said on Sunday: “I am really pleased to see the way he is playing, the way he has adapted to the team, the maturity that he’s shown at 21-years-old, carry on doing it.

After beating Chelsea 4-0 in a pre-season friendly, Arteta was asked if Saliba was ready to make an impact at Arsenal ahead of the new season, he replied: “He looked ready to me today.”

However, transfer expert Fabrizio Romano brought us the news on Monday that ‘Marseille president Pablo Longoria was in London tonight to meet up with William Saliba’s agent for dinner’.

With a fresh report in L’Equipe (via Get French Football News) now claiming that Marseille are ‘surprisingly optimistic’ that they can bring Saliba back to the Stade Velodrome this summer.

Marseille ‘remain attentive to Saliba’s situation’ following an encouraging meeting with Saliba’s agent but it is not made clear in the report whether the proposal would be another loan deal or a permanent transfer.

Saliba was named Young Player of the Year in Ligue 1 last season during a successful loan spell at Marseille in which he helped them finish second.

Marseille will be in the Champions League next season, while Arsenal won’t, but former Gunners striker Kevin Campbell is convinced Saliba will make an impact at the Emirates Stadium this term.

Campbell told Football Insider: “If Virgil van Dijk is a Rolls Royce, Saliba is a Bentley.

“He is never flustered and his passing is a lot better than a lot of people give him credit for. He is smart, quick, strong, physical, powerful and does not make mistakes.

“I think he needed that extra year at Marseille, if I am honest. I think that has really helped his confidence. Now when you see him play at Arsenal, and I know it is pre-season, he looks mature.

“The Chelsea game was a test. He was up against top players and he passed with flying colours. It looks like he’s been playing alongside Gabriel for years. I have been really impressed by the young man.

“We will find out a lot more when the season starts but from what I can see, Arsenal have got an absolute gem here. He is such a calming influence at the back.”