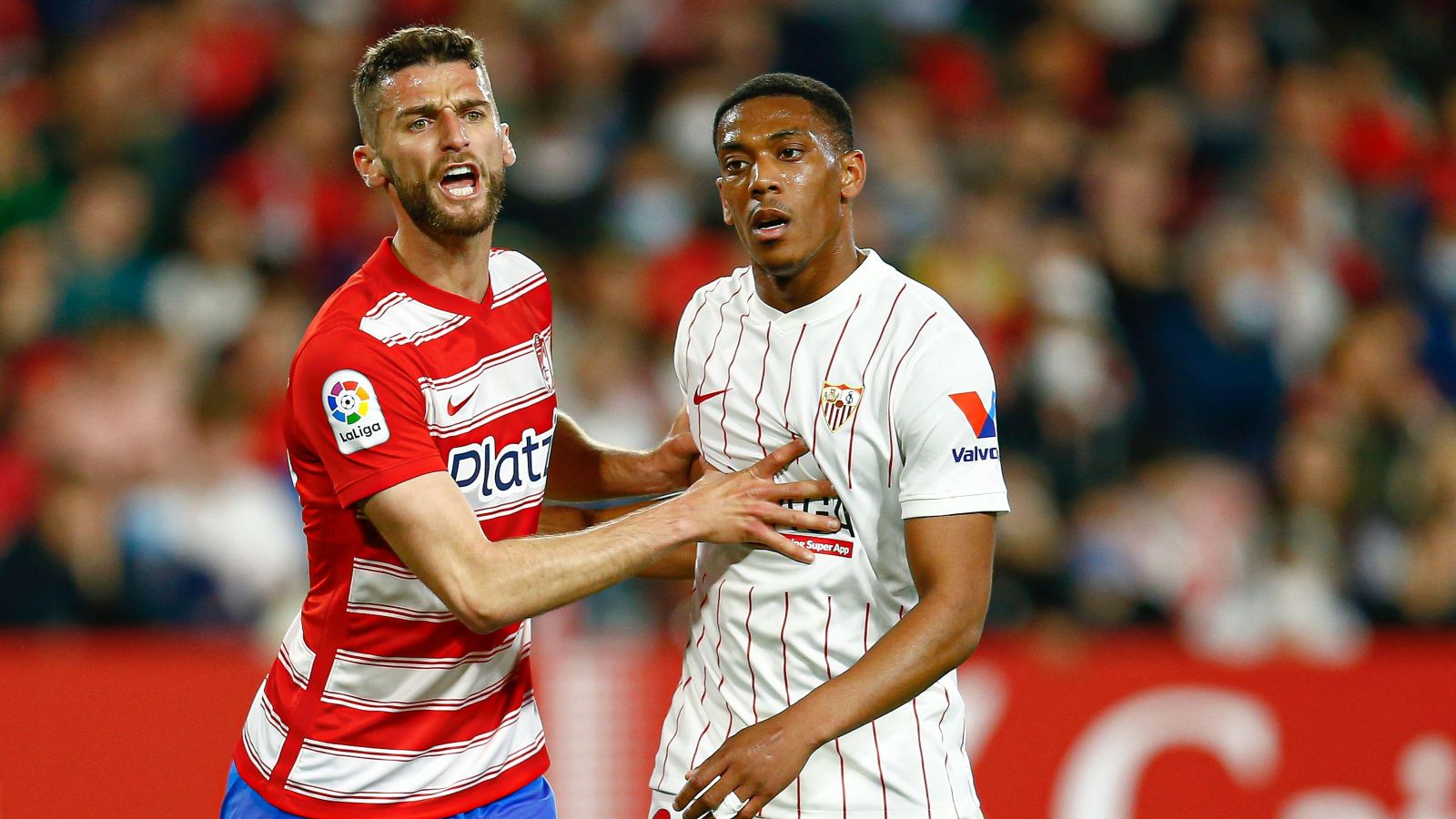 Anthony Martial thinks he will “have to return” to Man Utd once his loan spell at Sevilla finishes at the end of the season.

The France international joined the Spanish club on a temporary basis in the January transfer window after failing to nail down a place in Ralf Rangnick’s starting XI.

Martial scored one Premier League goal before moving to Spain and things haven’t got any better in La Liga with the 26-year-old not hitting the back of the net once in seven appearances.

On his slow adaptation to life at the Ramon Sanchez-Pizjuan Stadium, Martial told ABC Sevilla (via Sport Witness): “Now I feel very well. I was able to recover from the injury, which was a complicated injury that required a reasonable recovery time, but now I’m much better.

“I have been very careful to be able to return and be available to the team as soon as possible, which is why I decided to come to Sevilla.

“I’m working on it [to show his best version from now until the end of the season]. I came to be able to enjoy football again after a long time without playing.”

“I know I can be at a higher level, and I work for it, but first the injury, then the adaptation to a new club and a new city, is being difficult for me because of the language barrier.”

Martial has been linked with moves elsewhere in the summer transfer window and the Frenchman admits that it is likely he will head back to Man Utd at the end of his loan in Sevilla.

He added: “I see it very complicated to be able to continue at Sevilla. I’m not worried about that right now. I came knowing that it would be six months and then I would surely have to return to Manchester United.

“I’m very happy with the experience of playing in a new club, as big as Sevilla and having minutes again. If we manage to be a top four team, we will have achieved the goal and I will be happy for the fans, who have been very good to me since I arrived.”