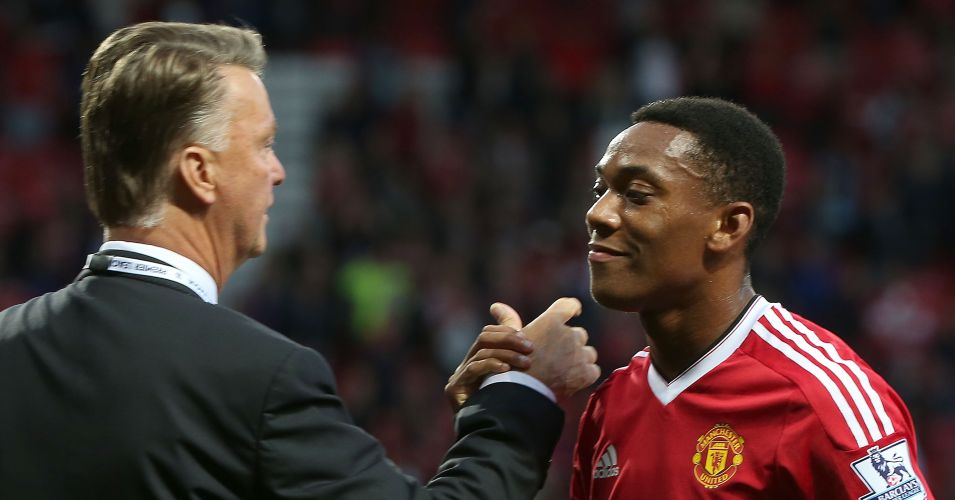 Louis van Gaal praised the performance of Anthony Martial after the Frenchman inspired Manchester United to victory over Sunderland.

Martial has taken to English football in impressive fashion, scoring four goals in his opening four games. Although he didn’t find the net against Sunderland, he starred as a lone striker and assisted a strike from Wayne Rooney.

Van Gaal was full of praise for his £36.7million striker, but added that there was still plenty of room for improvement.

“He (Martial) was one of the main reasons why we won the match today,” Van Gaal told Sky Sports. “He is not only a goalscorer, but he is also an attacking point and he can prepare goals.

“I am very happy with him.”

Speaking to MUTV, Van Gaal added: “What I want of a striker is that he is an attacking point, that he is running in behind, preparing goals and running to the first post. These are not all the aspects of a striker, but Anthony Martial has done that today so I am pleased with his performance, but he can still be better and other players can be better.

“This is why I don’t want to say too much about individual performances because, as a manager, there is always something you can improve. When I say what a player can improve then it is in the press and you don’t know what is happening with your remarks and that is our problem as a manager.”

United lost their opening Champions League group game to PSV Eindhoven and this week host Wolfsburg in their second, fresh from a 3-0 win over Sunderland in the Premier League on Saturday.

United were barely troubled by the league’s bottom club at Old Trafford, but in general Van Gaal believes English clubs in the Champions League suffer from having difficult domestic games every weekend.

“It is always a struggle and a battle in England – and then you have to play the Champions League in midweek,” Van Gaal said. “That is the difference between all clubs in Europe and the Premier League clubs. It is a very difficult league and it is not easy to beat the opposition every week.

“The four Premier League teams in the Champions League have the quality to overcome the group stages and get through but you can’t predict that is what will happen.

“The difficulty is all the player involved are in a rat-race and it takes a lot out of the players. That is why you have to rotate. It is what I do now because I have to protect my players.

“The players in other European squads are more willing able to give everything against us. They don’t have a rat race in their competition. That’s the difference. Last year proved what I am saying.”

Three points against Sunderland combined with a 4-1 defeat for Manchester City at Tottenham saw United climb to the top of the Premier League for the first time during Van Gaal’s reign.

The Dutchman acknowledges that it is better for United to be top at this stage rather than 13th as they were at the same stage last season, but he is also wary of the different challenges that being the league leaders present.

“It is not so easy to go top of the league, under pressure,” Van Gaal added on Sky Sports. “I have to praise my players for beating Sunderland. You have to go and do it.

“We scored beautiful goals again, we have the best goal difference, so I am a very happy coach.

“I could rotate again, we are top of the league, very happy.

“We played much better against Southampton, but you have to control the game with ball possession, and we did that.

On his side’s title chances, Van Gaal added: “I think to continue [at the top] is very difficult in this league. But it is better than last year when we had 13 points after 10 matches and you have to chase. When we chased we were fourth.

“Last year we had the feeling we could win the league. This year it is a big difference because you can start better from the top than the bottom.”