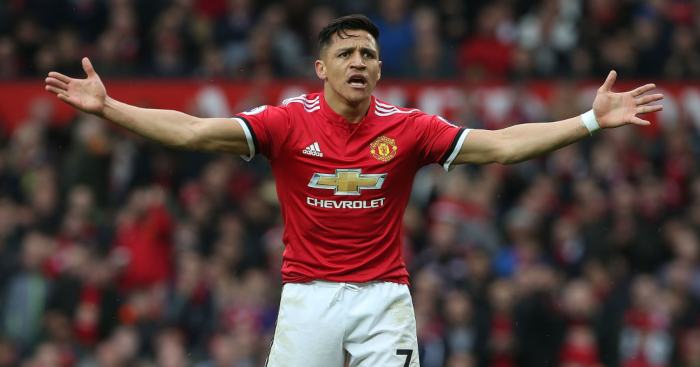 An injury to Anthony Martial could ruin Alexis Sanchez’s chances of leaving Manchester United, according to reports.

The Frenchman suffered an injury to his left thigh during the Red Devils’ 2-1 loss to Crystal Palace in the Premier League on Saturday.

Martial will go for scans this week as the club wait anxiously to discover the damage with the striker limping as he left Old Trafford at the weekend.

Sanchez – who has not been involved in either of United’s opening three Premier League matches – has been heavily linked with a move to the Serie A in recent weeks, with the transfer window open for Italian clubs until the end of this month.

The Daily Mirror has claimed that a deal that would see Sanchez join Inter Milan on loan until the end of the season is likely to be concluded before the end of this week.

However, ESPN that Martial’s injury ‘is a blow to Sanchez’s hopes of joining Inter’  and two clubs are ‘yet to find a breakthrough in talks’.

The report adds that the Martial injury has ‘complicated matters further with [Ole Gunnar] Solskjaer becoming concerned at a lack of options up front.’

Solskjaer has said Sanchez could leave if United receive a good offer for him, he told the Evening Standard: “Alexis is a quality player. We don’t have loads of options.

“If there is an offer that’s good enough for the club and him maybe he will go, but if not then he’s still our player and he’s a quality player.”