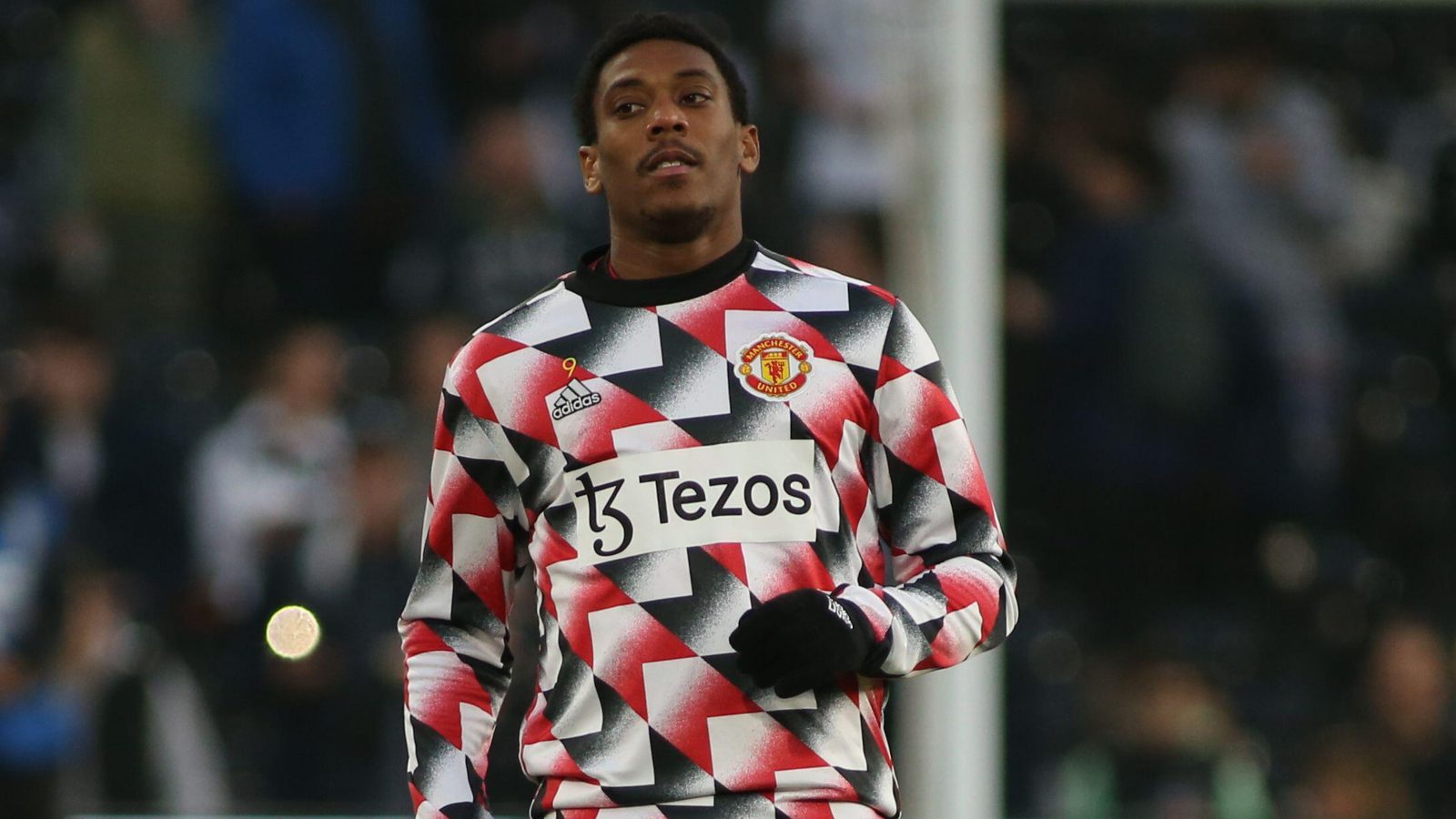 Anthony Martial was involved in an ‘angry’ training ground bust-up on Wednesday with Man Utd youth player Dan Gore, according to reports.

The Red Devils striker was left out of Didier Deschamps’ 26-man France squad for the World Cup with the 26-year-old playing very little football this term.

A spot opened up on Saturday in Deschamps squad after Karim Benzema picked up an injury, with Martial tipped to take his place, but the France coach confirmed on Sunday that no replacement would be called up.

And Man Utd boss Erik ten Hag will no doubt be pleased to give Martial a rest ahead of a busy period of fixtures after the World Cup break.

Martial is likely to be key to Ten Hag’s plans going forward, especially now the Red Devils are reportedly looking at the possibility of terminating Cristiano Ronaldo’s contract following his recent ouburst in an interview with Piers Morgan.

And now the Daily Mirror says that Ten Hag ‘is already dealing with the headache caused by Cristiano Ronaldo and was forced to temporarily halt a training session for non-World Cup players at Carrington’.

Martial has been ‘involved in a bust-up with a youth-team player’ with the Frenchman one of a handful of senior players ‘taking part in one of the final sessions before being given a break’ on Wednesday.

With many of the squad away on international duty at the World Cup, Ten Hag drafted in some youth players to boost the numbers in training, including under-18 star Dan Gore.

Gore ‘sparked an angry confrontation between’ himself and Martial during the session after he ‘clattered Martial with a robust tackle’.

Martial is ‘alleged to have lashed out and caught the teenager, who is said to have stood his ground’ against the former Monaco forward.

‘The pair were pulled apart, with Gore told by ten Hag and his staff that tackling first-team stars was off-limits in training games.

‘Martial is believed to have apologised to the youngster – and Gore was happy to make the peace.’

And Ten Hag revealed before the World Cup that Martial has a key part to play for the rest of the season if he can keep himself fit and healthy.

“Definitely he plays very well in a lot of aspects of football,” Man Utd manager Ten Hag said. “I’m happy with that – except his availability. Clear.

“But we also have others. I think when we played with Marcus Rashford as the nine, we also had a good part of the game. We have Cristiano Ronaldo, so we have more options there.

“But it’s quite clear in my way of playing I like a type as Anthony Martial is because he can hold the ball, so he’s a target, he can link up but he can also run behind. He has speed, he can finish and he’s a good presser.”