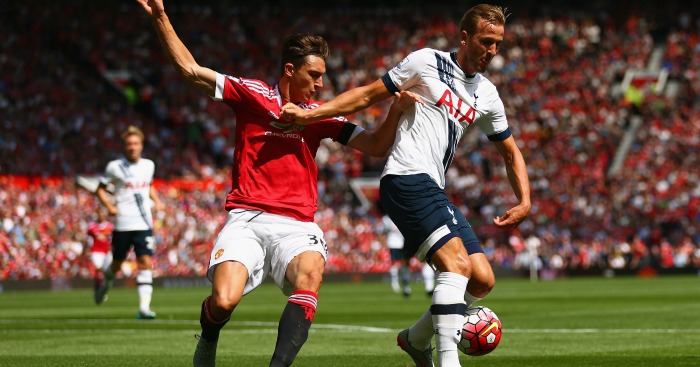 Anthony Martial has revealed his admiration for Tottenham striker Harry Kane ahead of Manchester United’s trip to White Hart Lane.

Kane has enjoyed another impressive campaign for Spurs, and heads the race for the Golden Boot after netting 22 times in the league this season.

His scoring exploits have turned Tottenham into real title contenders as they trail surprise table-toppers Leicester by seven points with 21 still available.

And ahead of United’s visit to White Hart Lane, Martial, who arrived at Old Trafford from Monaco last summer, heaped praise on the 22-year-old England international.

Speaking to MUTV, the Frenchman said: “He’s a top player and he’s also still only young.

“He had a great season last year and he’s underlined just how good he is this time around. He’s a quality player who is very entertaining to watch.”

Martial, who has scored 13 goals this season, added: “Spurs are a team who defend well with a lot of aggression and stay compact as a unit. They have a lot of ability up top and that’s why they find themselves currently in second place in the table.”

While Tottenham have their sights set on a first top-flight title in more than half a century, United, after a stop-start campaign, are bidding to claim the final Champions League spot. With seven games to play, Louis van Gaal’s side are one point adrift of fourth-placed Manchester City.

And Martial, who scored the winner in their 1-0 victory against Everton last time out, said: “It was certainly very important that we picked up a win in that game (Everton) and it has put us back on track in the hunt for fourth place. It’s now down to us to do the rest.”