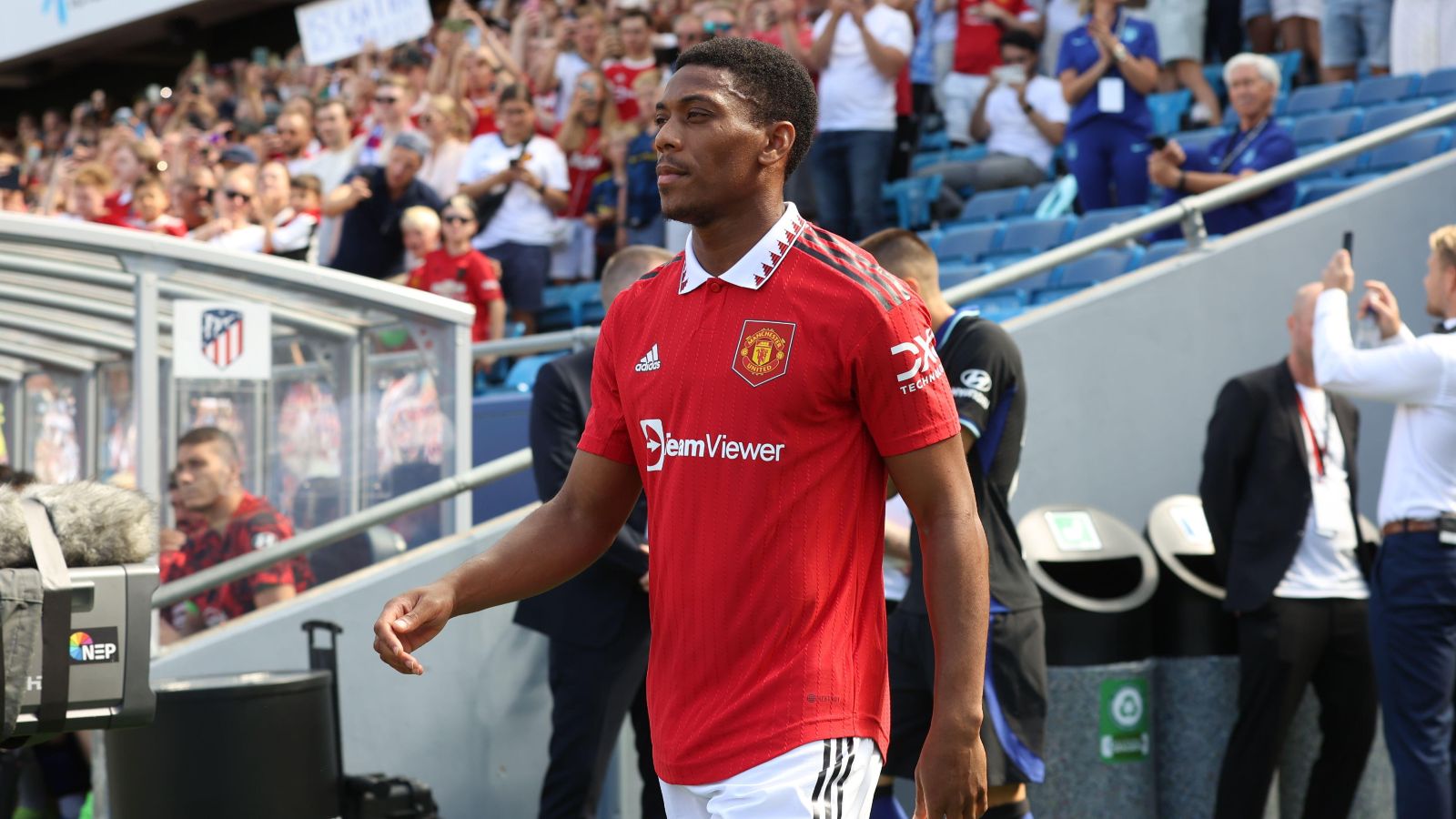 Anthony Martial has picked out the best he’s played with during his time at Manchester United and he has praised Cristiano Ronaldo.

Martial has been interviewed by France Football and it is fair to say that he has caused a bit of a stir with his comments.

The forward did not hold anything back when talking about former Manchester United managers Jose Mourinho and Ole Gunnar Solskjaer.

Mourinho has been known to fall out with players from time to time and Martial was one he did not see eye to eye with.

The ex-Tottenham and Chelsea was accused by Martial of “lacking direct contact” and he decided not to speak on their issues so he did not come across as being disrespectful.

Martial was also less than complimentary towards Solskajer. The Frenchman has blamed his former manager for playing him while he was injured.

This is said to have given the forward “a feeling of injustice” as he was left down the pecking order when he was back to full fitness.

Martial ended up joining Sevilla on loan towards the end of last term but he is now back involved under Erik ten Hag.

The 26-year-old’s interview was not all negative as he always took time to praise some of his current and former teammates at Man Utd.

One of the players he praised was Ronaldo. The experienced forward has caused a stir this summer as he looked to engineer himself a move away from Old Trafford.

He was not looking forward to the prospect of playing in the Europa League but Man Utd did not receive a substantial offer.

United struggled in the opening weeks of the season with Ronaldo in the team but they have fared better without him as they have won four games in a row in the Premier League.

Ronaldo started in midweek as Man Utd fell to defeat in their Europa League opener against Real Sociedad.

The Portugal international has now been praised by Martial, amid reports suggesting that Ten Hag has got him “smiling again”:

“We often speak when we are at the gym in the morning before going to training and I would watch what he was doing. That’s only logical, it’s Cristiano Ronaldo!'”

Martial has also suggested that club legend Wayne Rooney is “the best player” he’s competed alongside:

“We have spoken about being genuine and so I can speak about Wayne Rooney,” Martial added.

“He’s the best player I have played with. He’s always playing for the team, always at 100 per cent, no fuss. A monster. And a model as a footballer.”