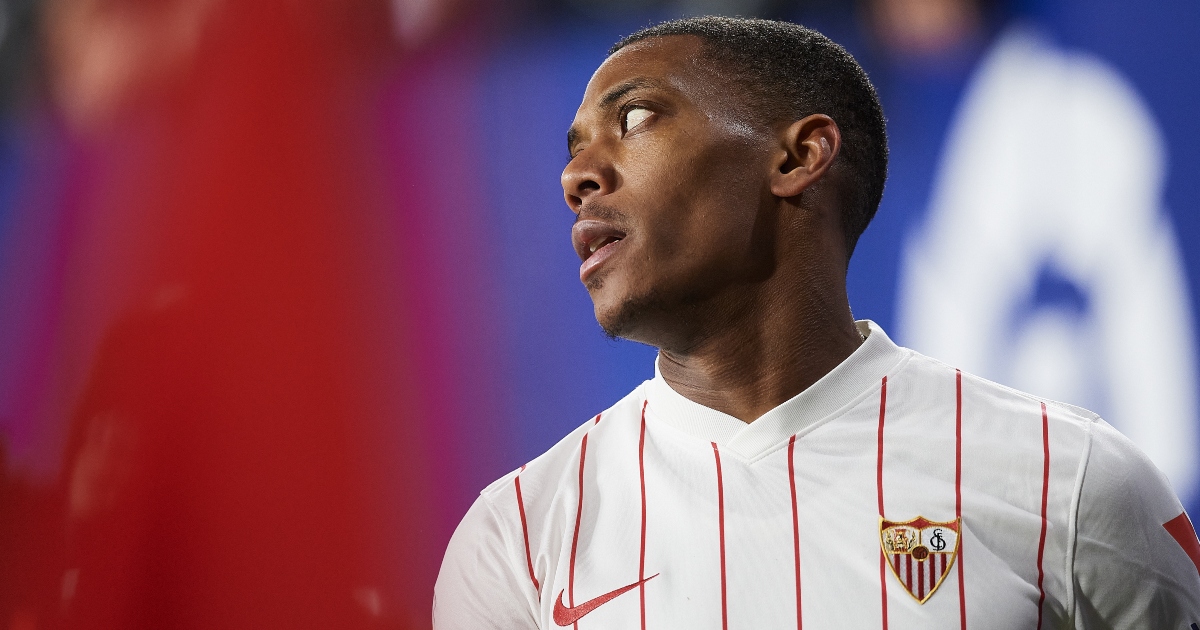 Manchester United forward Anthony Martial has revealed his “priority” was always to join Sevilla in the January transfer window.

Martial, who joined United in a £36million move from Monaco in 2015, had been heavily linked with a move in January after falling down the pecking order at Old Trafford.

The 26-year-old was at the centre of controversy last month when interim manager Ralf Rangnick claimed he had refused to play in the Red Devils’ 2-2 draw at Aston Villa in the Premier League.

Martial, who has made 269 appearances for United, scoring 79 goals, denied that, insisting he “never disrespected and never will disrespect the club and the fans”.

He made his debut for Sevilla in Saturday’s 0-0 draw against Osasuna, playing 77 minutes of the match.

Following the draw, the La Liga club’s manager Julen Lopetegui encouraged Martial to “adapt” so he can thrive in Spain.

“Of course, Martial must give us much more. He needs to adapt and figure out the dynamics of the team,” Lopetegui said.

And now Martial has opened up on his move to the Spanish giants, claiming that he declined the chance to join Juventus and Barcelona.

“It’s true, Juventus tried to sign me,” he said (via Football Italia). “They were talking to my agent but I told him that I preferred Sevilla. It was the best option for my family and me.

“Barcelona held talks with my agent as well, but once again, I said that my priority was Sevilla. I didn’t change my mind. I always keep my word when I say something to somebody.”

Meanwhile, Newcastle United goalkeeper Martin Dubravka turned down the chance to move to Manchester United on transfer deadline day, according to the Manchester Evening News.

The Slovakia shot-stopper ‘rejected a deadline day loan move’ after United ‘were prepared to accept Dubravka in exchange’ for Dean Henderson.

The only way the Red Devils were going to allow Henderson to leave was if there was a guarantee they could bring in another good back-up goalkeeper but Dubravka ‘declined the opportunity’ as he didn’t want to play second fiddle to David De Gea.