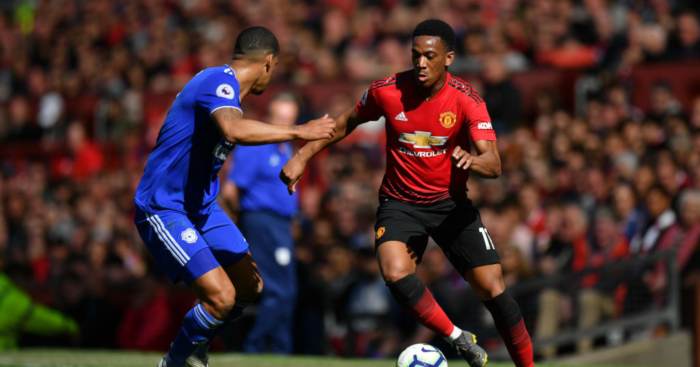 Anthony Martial will remain at Manchester United this summer with co-chairman Joel Glazer a big fan of the Frenchman, according to reports.

Martial‘s attitude has recently been called into question over his warm-up before United’s 2-2 draw with Chelsea a couple of weeks ago, that all but ended their Champions League qualification hopes.

The France international didn’t get on the pitch but a video was circulated showing the Frenchman standing still with one foot on the ball while his teammates went through a series of drills.

And the Daily Mail claimed at the time that manager Ole Gunnar Solskjaer had become ‘exasperated’ by his apparent attitude problems.

However, according to the Daily Mirror on Wednesday, Martial’s future at the club is ‘secure’ as he is viewed by Glazer as ‘viewed as the club’s Pele’. Well he did make our ‘perfect’ team of the season.

The report adds that former boss Jose Mourinho wanted Martial out of the club but Glazer and executive vice-chairman Ed Woodward ‘see him as a key part of United’s future’.

A move for Ivan Perisic, who Mourinho wanted, failed to materialise because of the pair’s ‘total belief in Martial’ and he is now set to stay this summer too.