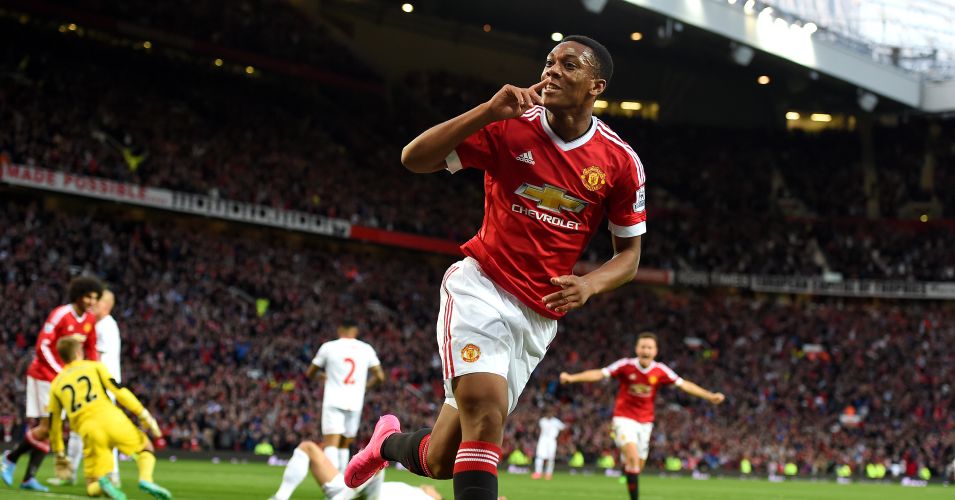 Anthony Martial believes he can help Manchester United win the Premier League and Champions League this season after easing into life at Old Trafford.

Martial joined Manchester United from Monaco in a £36million move on transfer deadline day to make him the world’s most expensive teenager, but has made light work of his fee by quickly settling in at the club.

The France striker, who last week was quick to play down comparisons to legendary Arsenal striker Thierry Henry, has scored four goals in seven outings for his new side, including a stand-out strike on debut against Liverpool at Old Trafford.

And Martial is confident United are more than capable of winning the biggest prizes at home and in Europe this season.

Speaking to French TV station Telefoot, he said: “I think we can win the Premier League and the Champions League this season. Both of them. We are among the top five clubs [in Europe].”

He added: “It is going well so far. I have had a great welcome from the fans. I don’t think about my price on the pitch.

“The goal against Liverpool, the big enemy of the club, allowed the fans to get to know me a bit better.”