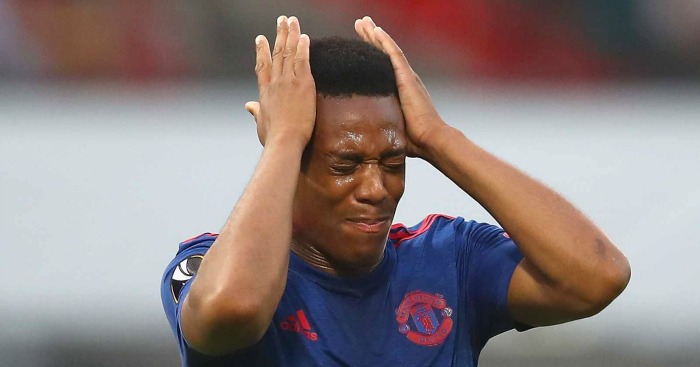 Anthony Martial’s cousin, a journalist, has confirmed that Inter Milan are interested in signing him.

The Frenchman started 27 games, often a victim of rotation and being pushed out onto the wing to accommodate Zlatan Ibrahimovic.

The 21-year-old faces a fight to prove that Martial matters, but he has been linked with a move to Italy.

According to Sky Italia, Inter Milan have broached the possibility of including the forward in any deal which sees Ivan Perisic join United.

Martial’s cousin, also a journalist based in Paris, confirmed the claims on Wednesday.

‘I can confirm Inter’s interest in Anthony,’ his cousin wrote on Twitter.

‘However, he’s focusing solely on Manchester United. His thoughts are fixated on pre-season with United.’