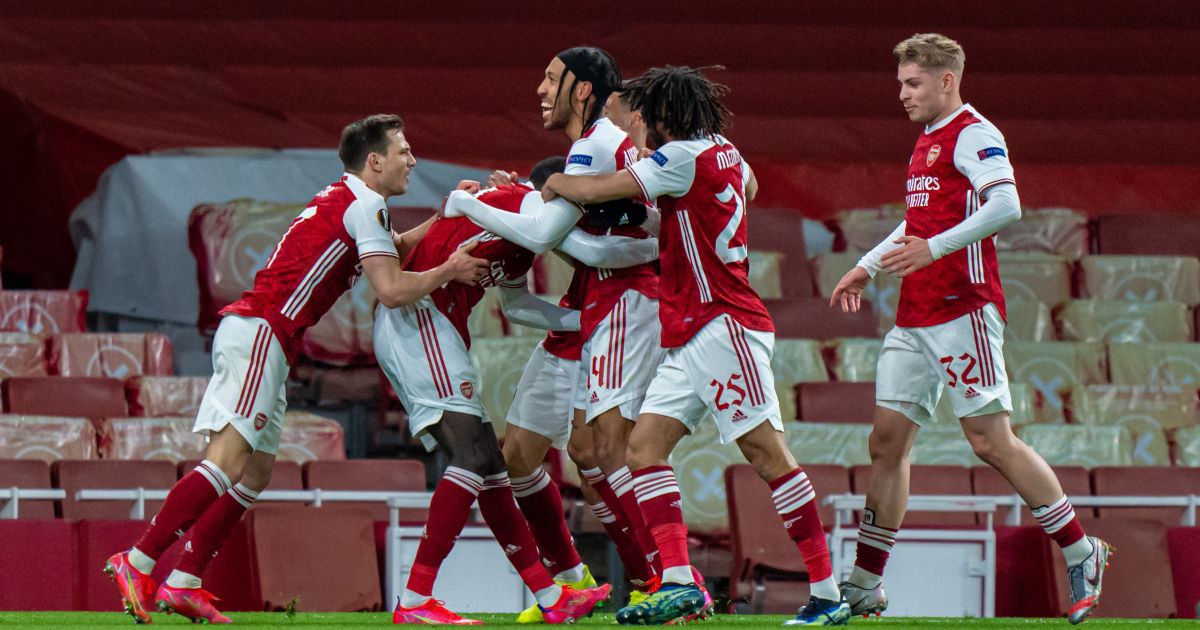 Martin Keown thinks Arsenal boss Mikel Arteta chose the “wrong tactics” in their 1-1 draw with Slavia Prague but that his players need “someone to slap them or punch them in the face”.

Just as it looked like the Europa League quarter-final first leg match would end in a stalemate on Thursday night, Nicolas Pepe produced a brilliant finish to lift the ball over Slavia’s goalkeeper to give the Gunners the lead with four minutes left on the clock.

However, Arsenal still managed to throw their lead away in stoppage time as Tomas Holes headed in an equaliser after Arsenal failed to deal with a Slavia corner.

MAILBOX: The only team Arsenal should fear is themselves…

It was an important away goal for the Czech side and now Arsenal will need to score at least one goal in the second leg to make it into the Europa League semi-finals.

“For me it was about Arsenal tonight and the way they played. By sitting off they chose the wrong tactics,” Keown told BT Sport.

“There was an opportunity to take the initiative and ask questions, can you play? But they were allowed to settle and build from the back.

“In the first-half it became nervy and they weren’t the team we saw just a few weeks ago against West Ham for instance. It seems like Arsenal are not proactive in games, they need someone to slap them or punch them in the face before they wake up and start to play.

“He (Arteta) did it in the second-half with the substitutions but they couldn’t see it through.”

Keown added: “(The result is) hugely disappointing, it’s going to be difficult now for Arteta. He’s made a lot of changes within the club, a lot of people have been allowed to go. There’s been a lot of problems for Arsenal across a number of years with players coming in and out.

“He’s in charge now and he’s not quite getting the reaction from the team. They’re making sloppy mistakes and it cost them. We expected them to do their talking on the pitch. It’s the same old story, Arsenal giving away goals. It’s a disastrous result.”