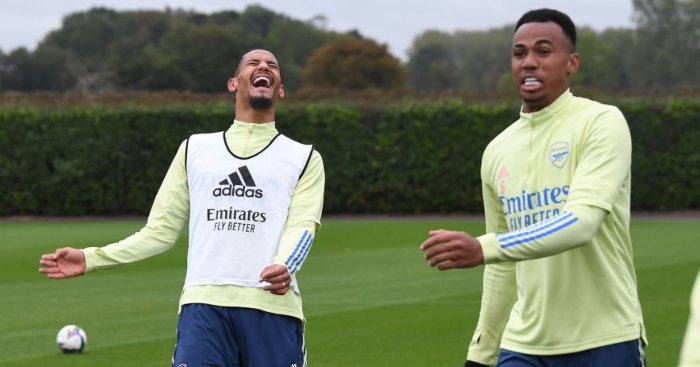 Martin Keown is baffled by the situation surrounding William Saliba since his arrival at Arsenal from French club St Etienne.

The 19-year-old saw a deadline-day loan move to former club St Etienne fall through but reports claim he could yet spend the season in the English second tier, with Championship side Brentford understood to be interested.

Saliba joined Arsenal from the Ligue 1 club last summer for a reported £27million – but the agreement also meant he would remain with the French side for the 2019-20 campaign.

A number of injury problems, coupled with the cancellation of the Ligue 1 season following the coronavirus outbreak, meant Saliba’s final year with the club did not go as planned as he made just 17 appearances.

He returned to Arsenal before Saint-Etienne’s rescheduled Coupe de France final against Paris St Germain on July 24 with the two clubs unable to agree the best training regime for the player.

It was widely expected that Saliba would become a member of Mikel Arteta’s first-team squad at Arsenal heading into the current season but he has yet to make his competitive debut for the club, with summer signing Gabriel Magalhaes leapfrogging him in the pecking order.

And Keown has confused by the whole situation and thinks the Gunners’ handling of Saliba has been “bizarre”.

“It’s bizarre. We’ve just not seen the kid,” Keown told talkSPORT. “You want to see him to see how he performs say in the Championship to see if he’s good enough.

“I’m anxious to see. The feeling was that this was going to be the one. Gabriel has come in and been an outstanding signing.

“Maybe they feel he’s too young and want him to go out to pastures new. To then loan him out when there was a real problem there last season seems a real mystery.”