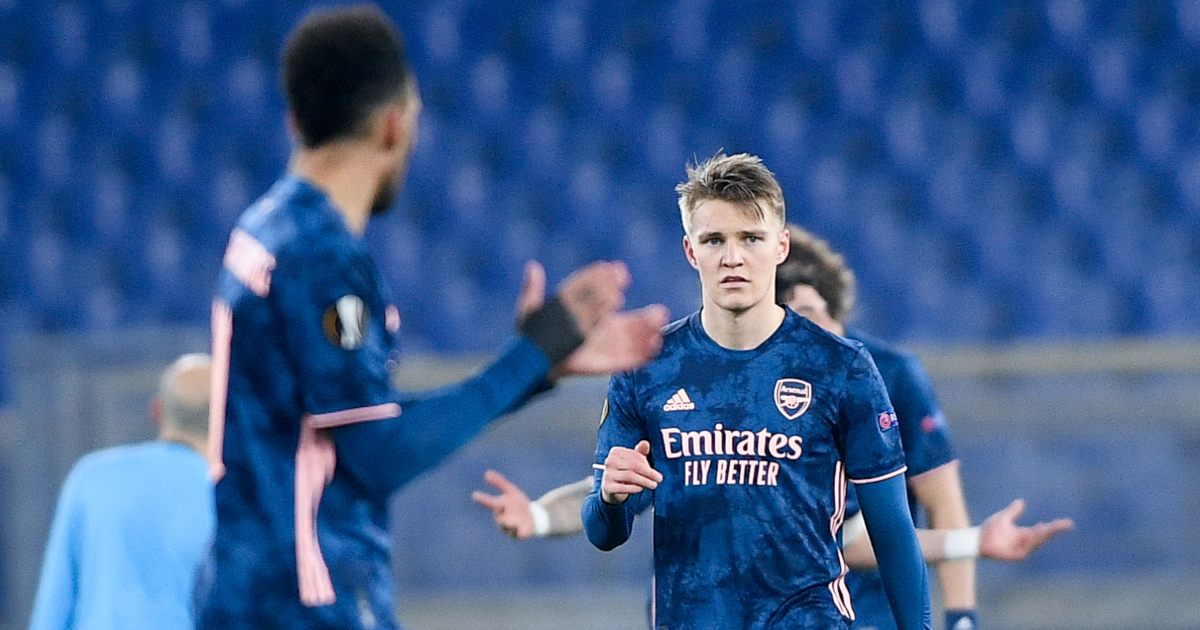 Martin Keown thinks Arsenal will “lose a little bit” until Martin Odegaard is “up to speed” following his January loan move.

The Norwegian joined the Gunners in the January transfer window on loan from Real Madrid until the end of the current season.

Odegaard has failed to contribute a goal or assist in his four appearances in all competitions for Arsenal so far but has shown some promising moments.

However, Keown is yet to be fully convinced by Odegaard with the Arsenal legend happy with how Emile Smith Rowe was playing before the Madrid loanee joined.

Keown told BT Sport: “The reservations I have is that Smith Rowe was playing especially well in that position.

“Now perhaps he [Arteta] didn’t think he was getting enough from Pepe defensively so Smith Rowe has now gone into that position. We now have Saka and Smith Rowe playing in wide positions.

“They have good movement, they tuck inside really nicely, they give that space for the full-backs to go wide and they know when to press but maybe they lose a little bit until Odegaard is ready and up to speed.

“There was glimpses of really good play but here he is in acres of space- is this a status thing? The club has lost Ozil who was a really good player in this position and he would have demanded it.

“This player needs to do something similar. Here Bellerin is just not giving him the ball and in that central position if he gets it he can be really creative. It’s decision-making. You want to get him on the ball and that’s why Arteta wants him in there but you’ve got to feed him.”