"These are just the players that Arsenal fans are looking at and wanted for years." 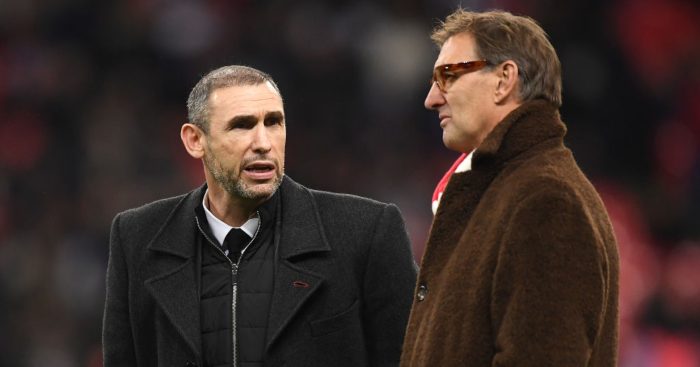 Former Arsenal defender Martin Keown has criticised the reported decision by the Gunners to sell Ainsley Maitland-Niles and Emiliano Martinez.

Reports have claimed that the club have put Maitland-Niles and Martinez up for sale, along with several other players as they look to raise funds for potential incomings.

Maitland-Niles is understood to be at the top of Wolves’ wishlist as they look to replace Matt Doherty, who has signed for Tottenham this summer.

OPINION: Mikel Arteta has the one thing that every manager craves…

The Englishman started in Arsenal’s FA Cup final victory over Chelsea, the Community Shield win over Liverpool on Saturday and appeared 20 times in the Premier League last season.

And The Athletic claimed on Saturday that Maitland-Niles’ team-mate Martinez could now be sold and replaced by manager Mikel Arteta as Arsenal want to cash in.

The Argentinian emerged as a surprise key player towards the end of the season after Bernd Leno became sidelined – but Arsenal chiefs see the German as the club’s number one and will now let Martinez leave for the right price.

“It’s crazy,” Keown said on BT Sport. “You’re developing players – Maitland-Niles, the goalkeeper – [who are] going to be sold? These are just the players that Arsenal fans are looking at and wanted for years.”

Keown added: “I think Martinez is my No.1. He’s in possession of the place and should keep it. I know Arsene Wenger always considered him his future No.1. He’s always been considered a really good goalkeeper.”