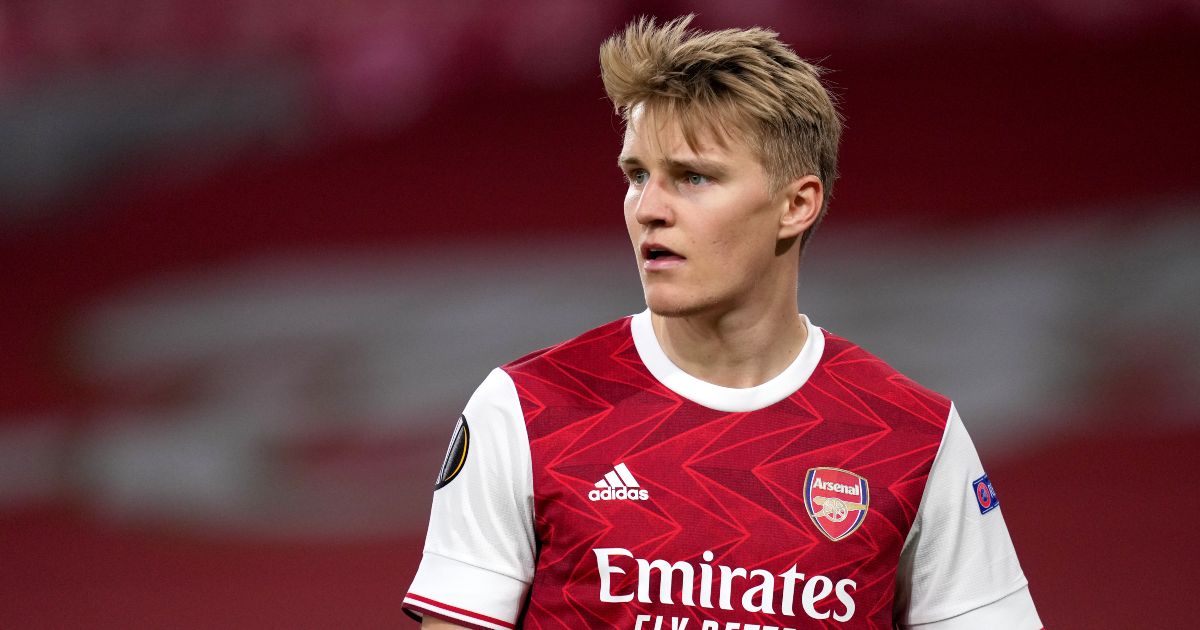 Martin Odegaard says his “dream” is still to play for Real Madrid in the future as his loan agreement runs out at Arsenal.

The Norway international joined Arsenal in the January transfer window until the end of the season and has impressed Gunners fans in his 19 appearances for the Premier League club.

Odegaard emerged as one of the brightest prospects in Europe when he broke into Stromsgodset’s first team in Norway, before opting to join Real Madrid in 2015.

His rise has been less rapid since, with the 22-year-old leaving the Bernabeu on loan spells to Heerenveen, Vitesse, Real Sociedad and now Arsenal.

Odegaard’s future remains unclear but he is no doubt that his “dream” is still to play regularly for Real Madrid.

Odegaard told TV2 (via Sport Witness): “We’ve really just said we’re finishing the season, and then we’ll have to take it then. More than that, I don’t really know right now.

“I’m happy here and I’m fine, but we’ll have to sit down and talk to the club after the season and we’ll see what happens. Right now, I don’t really know much about it.

“Considering all the places I have been, it is probably here [at Arsenal] that it has been easiest to get into the dressing room and environment and stuff, so it went very fast and nice.

“I have enjoyed myself from day one and have been very well received. That part there has gone very well, so it has actually been above all expectations.”

An instant impact from @g_martinelli01 🔥

And how about that Odegaard pass? 🤤 pic.twitter.com/YG4eIJSdE6

Odegaard added: “No, I have not had much contact with them myself. I’ve talked a bit with someone at the club there, but nothing with the coaches and them. There are others who get to take care of that bit.

“It is clear that that dream is still there and it will be there, so to speak. It is definitely the dream for me, and I want to believe it is the dream for many other football players.

“But as I have said before, the most important thing for me, at my age, is to play, develop and feel that you get better every day and every week. So yes, it is two-part. Of course, it is the dream, but it is important to play matches.”