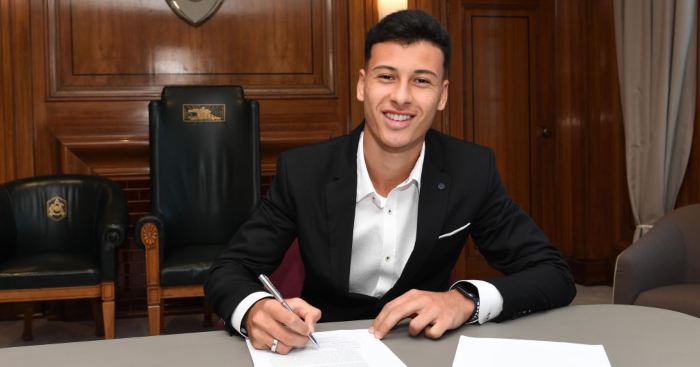 Gabriel Martinelli explains the role Paul Pogba and Manchester United played in him signing for Arsenal.

The young Brazilian has been one of the few bright sparks for Gunners this season – having joined in the summer – scoring eight goals in 16 appearances for Arsenal in all competitions, including four goals in the Carabao Cup.

But Martinelli has been recalling the training sessions he had with rivals Manchester United, where he trained and had his picture taken with Paul Pogba.

And the teenager admits that those training days were key for him in helping him learn more about English football.

“There was a project between Ituano and Manchester United, and they always took a player. And I always came for these trips,” Gabriel Martinelli told DAZN Brasil.

“I could neither speak English nor French, but he said ‘tudo bem’ [all well] and took the picture with me nicely, he was super humble. Those training days were super important for me to adapt to the style of play, the players. How fast the game is here.”

Meanwhile, Martinelli also spoke about his decision to join Arsenal in the summer from Ituano, with the 18-year-old declaring that he could not refuse the offer to join the north London side.

“I remember we played against Guarani, we won 2-1, and my agent called me. He said ‘you have to decide, so what?’. Then he said it was Arsenal. Then you think, one of the best clubs in Europe. I said yes, I couldn’t refuse.”

“There were some approaches, but Arsenal came in strong, and I made the right choice to be here.”