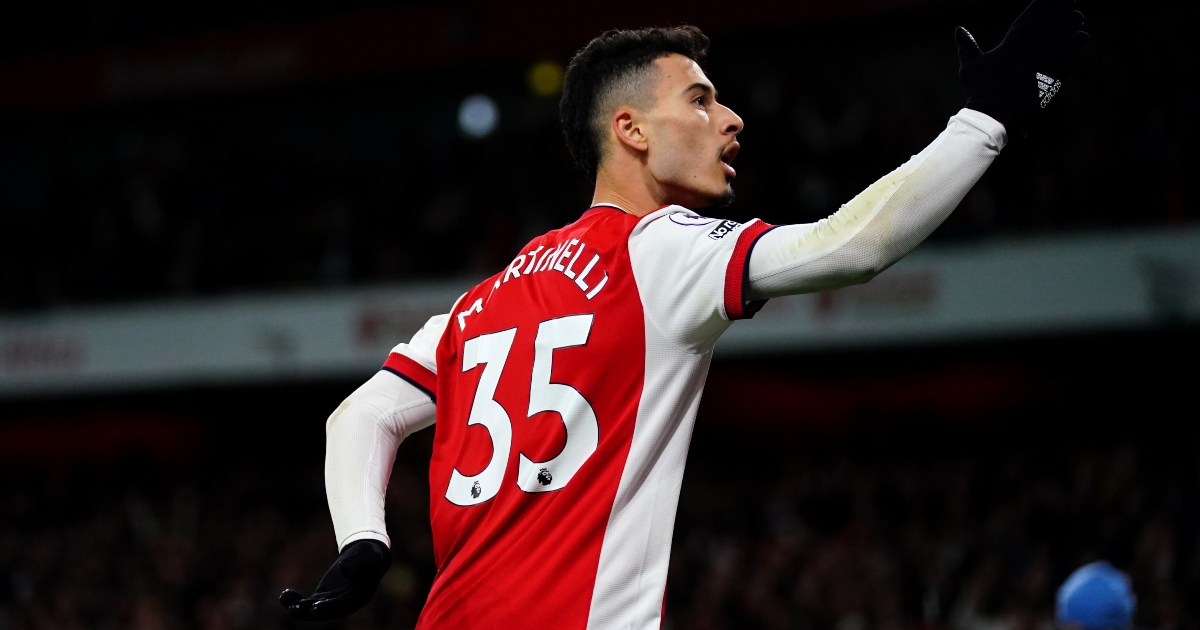 Signed by the Gunners in 2019, the Brazilian’s game time has been limited for much of his time at the Emirates, but it appears Mikel Arteta now believes the 20-year-old is ready to be a key part of his first team.

And Cole told BT Sport that he sees similarities between Martinelli and South American pair Sergio Aguero and Alexis Sanchez.

Cole said: “I left the stadium and I was driving away I was thinking this is the first time in 10 years there’s something to work from with Arsenal, there’s a base.

“This lad is outstanding, Martinelli. I’ve always been a big fan of his. He reminds me of a young Aguero, who is busy, just like Alexis Sanchez.”

Martinelli scored the opener against Arsenal and Arteta reserved special praise for him after the game.

Arteta said: “Well certainly it was one of the best in every aspect of the game. He was cramping again and he needs to mature in that sense but his overall understanding of the game is getting much better.

“He’s able to put some gears into his play. Sometimes he’s still doing everything at 100 miles per hour but the energy and quality he shows at times is top.”

The Arsenal boss added that he saw the performance against West Ham as a “statement”.

“Really pleased with the performance, the quality, the energy, the passion and the crowd,” the Arsenal added.

“We had some really good moments. It was a really difficult team to play against. They have a lot of solutions and are a threat in many, many ways. I think we controlled them pretty well so credit to the boys.

“It was a great first goal. That’s what Gabriel [Martinelli] can do. He is always a threat and this pace is really good for him to exploit.

“The second one was good on the counter-attack. It’s a shame we miss a penalty in that moment as it would have given us more time to relax because you can’t against this team. They can score a goal in any action.

“It was a big game for us to obviously have the capacity to go above them and move fourth. It was a statement.

“We had been pretty strong at home so we needed to put a good performance in against a good team and I think we did that.”