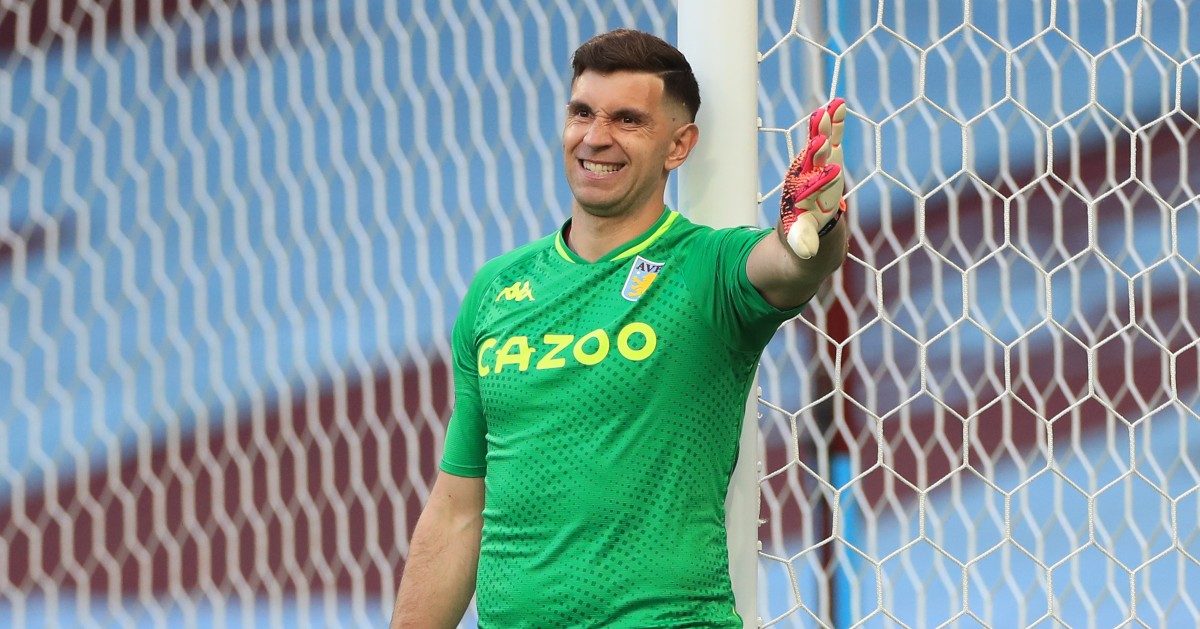 Emiliano Martinez has assured Aston Villa supporters that he is fine after suffering a head injury on international duty.

Martinez was making his second appearance for the Argentina national team against Colombia but was removed due to concussion concerns in the 40th minute after a clash with Everton defender Yerry Mina.

The Premier League’s best goalkeeper this season has only recently broken into the squad due to his form at Aston Villa and was frustrated at having to be taken off.

“I’m better, it was a strong hit but the doctors did their job,” he said, before Argentina issued an update confirming that he has joined up with the rest of the squad against after ‘satisfactory’ tests.

“Obviously I wanted to continue playing, the anger of being taken out, and I found out that they drew at the end.

“They took me out because I lost consciousness a little; I hit the back of my neck hard but the crying and the anger was because it was my second match with the national team and I didn’t want to be substituted. But the doctors did their job,” said the 28-year-old, who Aston Villa expect to field ‘major’ bids for this summer.

Argentina had led 2-0 after eight minutes of the World Cup qualifier but Martinez’s replacement, Agustin Marchesin, could not keep out a Luis Muriel penalty and Miguel Borja’s header in the second half as the two teams eventually drew.

The result leaves Lionel Scaloni’s side second in the group behind Brazil, still unbeaten and in control of their own fate, but the manager was frustrated at the concession of a stoppage-time equaliser.

“When you think it’s all done, no, it’s not,” he said. “Sadly, we’re leaving with one point when we deserved all three. Argentina deserved to win. Up until the 94th minute, what we were doing was really good and the last play gave them a point. It wasn’t deserved.

“We deserved the three points. I have to congratulate the players because they played a good match in the heat, on a difficult pitch and against a good opponent.

“It’s the last play and it changes the entire match. The rest of the 94 minutes and a half were perfect.”