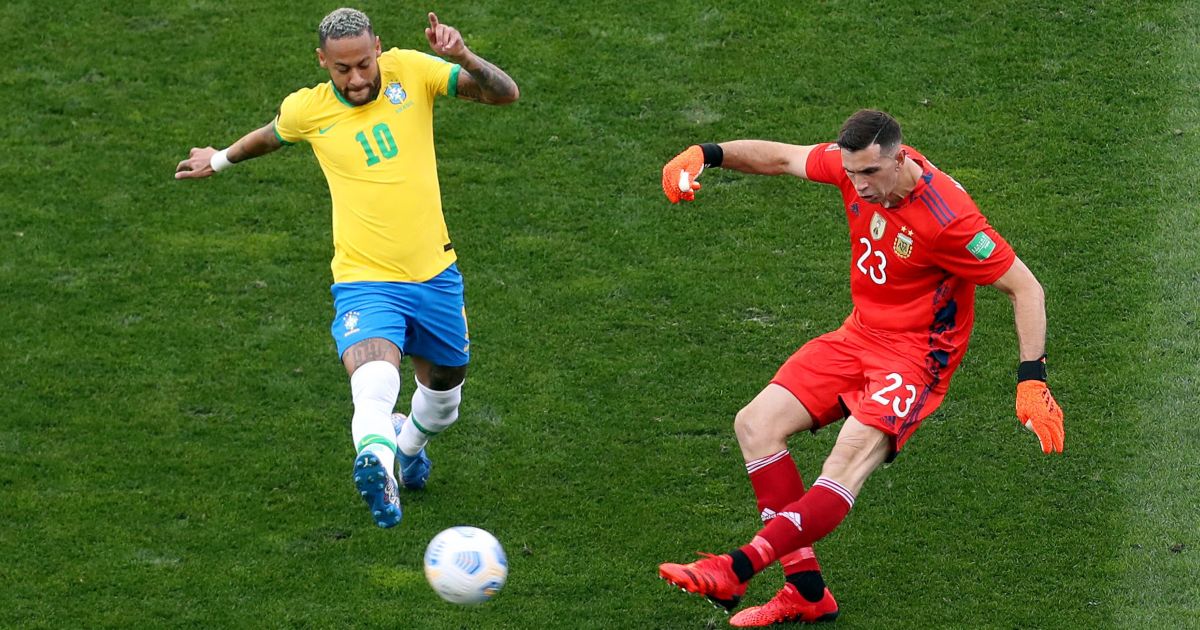 Dean Smith has insisted that Aston Villa were left in an impossible situation over Emi Martinez and Emi Buendia’s international release.

The duo are currently training in Croatia after returning from South America following the farcical scenes which saw Argentina’s game against Brazil abandoned on Sunday.

The World Cup qualifier was called off after Brazilian health officials objected to the participation of Martinez and Tottenham’s Giovani Lo Celso and Cristian Romero.

The visitors walked off the pitch at the Corinthians Arena after the officials came out to stop the game, believing the trio broke Covid quarantine rules, while Buendia did not make the squad.

Martinez and Buendia are out of Saturday’s Premier League trip to Chelsea and Smith felt there was no easy solution.

“It was a no-win situation all round. Each club had to come up with the best solution for themselves,” he said.

“Legally I don’t think we had any right to ban our players. It’s a World Cup, they have a right to choose whether they want to go and play for their countries or not.

“I didn’t want them to travel but when I saw the passion they had we had to come up with a compromise for all parties.

“We all had a predicament – players, club teams, national teams – on do we allow them to go across and play for their countries and potentially miss two or three games?

“We were all in a rock and a hard place. Once our players made it clear they had spoken to other players in Argentina and wanted to play we had to come to a compromise.

“We managed to find that, they played the one game and they are quarantining now and back ready to play against Everton next week.

“They are in Croatia, we spoke with the relevant authorities and government officials to make sure it was the right thing to do. They are training over there.”

While the pair are out of the trip to Stamford Bridge, Ollie Watkins (knee), Leon Bailey (hamstring), John McGinn and Jacob Ramsey (Covid isolation) are available.

Bertrand Traore is back in training after a hamstring injury but Trezeguet (knee) remains a long-term absentee.

“We have a very exciting squad to choose from. It will give us different options this season,” Smith added.

“We feel we have recruited really well. It’s not helped Bertrand had an operation, we had a couple of Covid cases and Ollie got injured in pre-season but with the players coming back now it makes us stronger.

“We believe we can challenge the best teams in the league and it’s an opportunity to go and show that.”