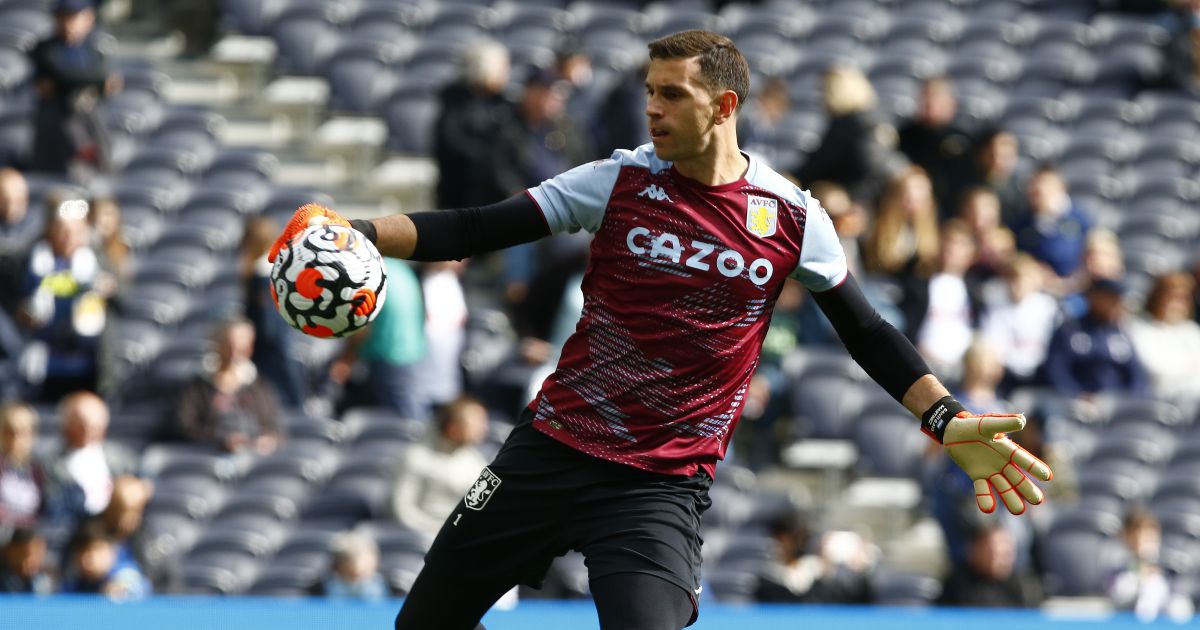 Emiliano Martinez has aimed a fresh dig at former club Arsenal by claiming they “didn’t deserve” him, while he reckons his move to Aston Villa was a “step up”.

Martinez was superb as he filled in for the injured Bernd Leno for part of the 2019/20 season at Arsenal and has since shone at Aston Villa following a £17m move in 2020.

There had been rumours that Martinez would have to leave to find regular football and, after being left out of the Gunners’ first match of the 2020/21 campaign against Fulham, the Argentinian left to join Villa four days later.

Since then, Martinez has spoken about the distrust he felt from Arsenal as he made the “difficult” decision to leave the Emirates Stadium.

And now the Argentina international has taken a swipe at the Gunners ahead of Villa’s match against Mikel Arteta’s men tonight.

Speaking about the decision to allow Martinez to leave Arsenal, Arteta told reporters at his pre-match press conference: “We made decisions with the best possible intentions and looking for the best interests of the club.

“But as well it was a very strong participant, it was Emi, who deserves all the credit for the amount of time he spent at the club and don’t forget that he had different spells in his career and he got to a point in his career when under me he started to play in important games and he did extremely well.

“His ambition, his belief and where wants to take his career was very different and it was urgent for him because he was so patient for so long and I’m really happy that he’s doing so well.

“He’s a great keeper, I played with him, I managed him, and he has tremendous personality as well and he’s showing that at Aston Villa and the national team. I can say that I’m happy for him.”