Home All The News Martinez: Cleverley has been ‘unfairly treated’ 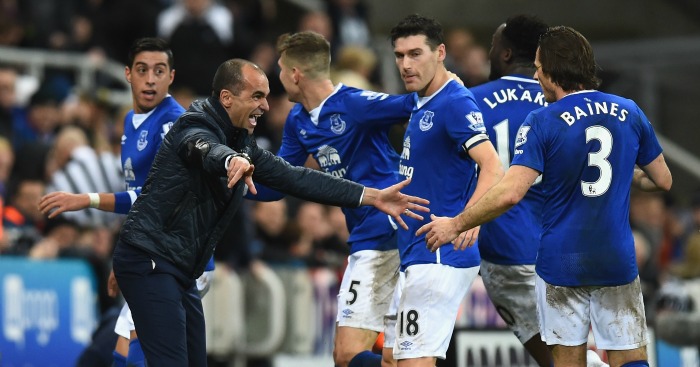 The England midfielder struck with the final touch of the game three minutes into injury time to secure a 1-0 win which looked to have eluded the visitors as goalkeeper Rob Elliot turned in a fine individual display.

Martinez was delighted for the former Manchester United trainee, who he believes has been unfairly treated in recent years.

The Spaniard said: “Tom has been given really unfair treatment over the last three years.

“Tom Cleverley, I know him well, but the way he has been performing at our football club, he has been back to himself, back to his very, very best.

“He’s an incredible English talent that goes a little bit further than someone who can be a bit of everything. He’s outstanding at what he does and for him to get the final touch in the most important moment of the game, he deserves to be part of that.”

Cleverley’s decisive intervention came just as it looked as though the Magpies’ determined rearguard action had earned them a point at St James’ Park.

The hosts were on the back foot for much of the game as Elliott denied Romelu Lukaku and Kevin Mirallas twice each, as well as Aaron Lennon and defender Ramiro Funes Mori, and Newcastle could have won it themselves as Aleksandar Mitrovic and Georginio Wijnaldum went close.

However, Cleverley looped home a header from the edge of the box to grab the points for the visitors.

The game saw Lukaku’s run of scoring in seven successive league fixtures and eight in all competitions come to an end – but Martinez was not particularly disappointed by that.