Home All The News Martinez impressed with ‘threat’ of Lukaku 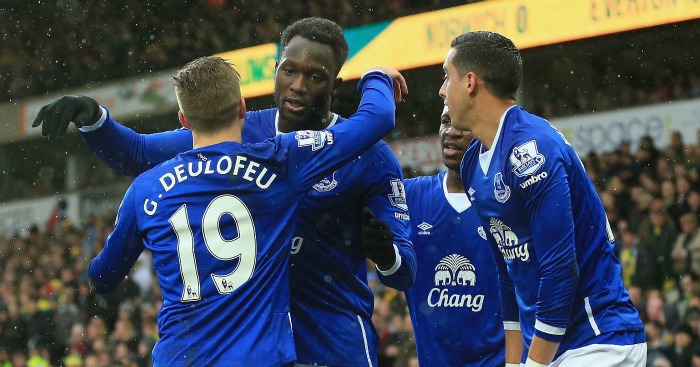 Lukaku became the first Everton player to score for a seventh successive game in 40 years, but spurned further chances in a first half the visitors dominated and Wes Hoolahan equalised in a 1-1 draw at Carrow Road.

“That’s where you judge a striker. It’s the amount of threat that he carries,” Martinez said.

“I thought the clear-cut chances he produced is a very positive sign. On another day he would have scored four goals, or a hat-trick.

“It’s been another top performance from him. It’s just making sure he keeps creating chances, because it’s very rare that he’s not going to convert more than the one he did today.”

Lukaku has scored in six straight Premier League games, closing in on Jamie Vardy’s new record of netting in 11 successive games. Leicester are the Toffees’ next opposition.

But Martinez would swap it all for a clean sheet after one shut-out in the last 10 in the Premier League, with Everton’s defending again culpable in Hoolahan’s leveller two minutes into the second half.

“I would swap any record just to try to keep a clean sheet,” Martinez added.

“As a team we know we’ve got incredible individuals. Probably some of the best young players in European football.

“What we need to do is become a team that can control games and make sure we finish with a win, rather than just performing well and dropping points.

“Overall the performance leaves you with a feeling of disappointment, because that should have been a three point performance.”

John Stones damaged an ankle in the warm-up and appeared to twist his knee during the first half – but there is no cause for concern.

Martinez added: “He didn’t want to come off. I thought he was magnificent.”