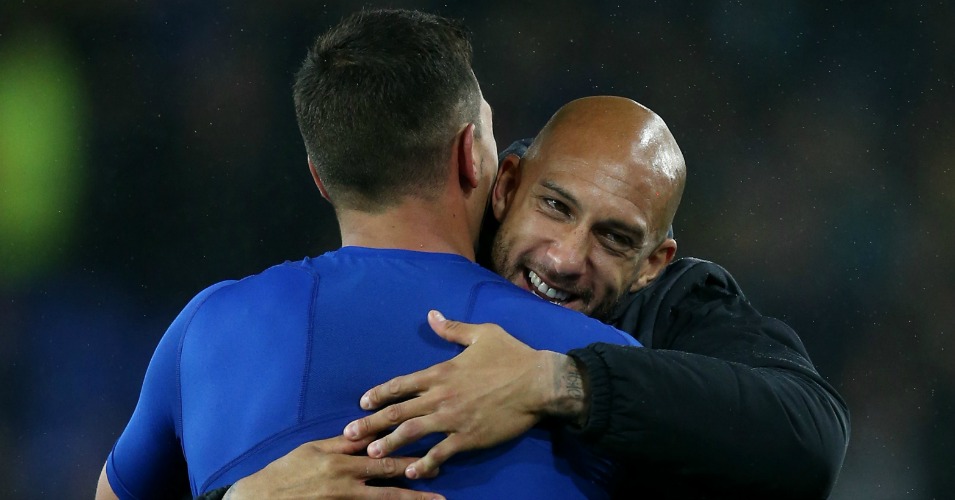 Joel Robles will be return to being Tim Howard’s back-up again this weekend despite his Capital One Cup heroics for Everton.

Goalkeeper Robles has been preferred to Howard in this competition all year and he had extra incentive to impress against Norwich after the American was culpable for both of Arsenal’s goals in the Toffees’ most recent loss.

The cup stopper produced a fine one-handed save from striker Lewis Grabban’s header in the last minute to deny the Canaries a 2-1 win in normal time before he saved Wes Hoolahan’s spot-kick in the shoot-out that Everton won 4-3.

However, having stated that Robles’ inclusion was not a reflection of the first-choice goalkeeper’s recent struggles before the game, Everton boss Roberto Martinez confirmed Howard would return between the sticks against Sunderland on Sunday.

Asked if Howard would lose his starting berth, the Spaniard replied: “No, that’s very clear.

“Joel has been playing in this competition and I trust him 100 per cent – the same way Tim Howard is a very, very influential member of our squad. Nothing changes.

“Of course we want to be better in terms of keeping clean-sheets but it’s very easy and soft to look at the last man standing in front of goal in those situations.

“Tim’s got incredible standards, he cannot be happy with the goals he conceded at the weekend. But there’s no doubt in terms of Tim Howard’s starting ability.”

His Spanish stand-in did earn praise from his manager, though, for the save he pulled off to repel Grabban after Sebastien Bassong, with his first goal since 2012, and stand-in Everton skipper Leon Osman had traded strikes.

“Joel was throughout the game himself – he was controlled,” Martinez added.

“I thought he had the moment of the game in the header of Lewis Grabban – that is a terrific save. His composure and demeanour was very, very good. His penalty save was very impressive.

“I’m very pleased for Joel because he’s working really hard behind the scenes and is starting to show how reliable he is.”