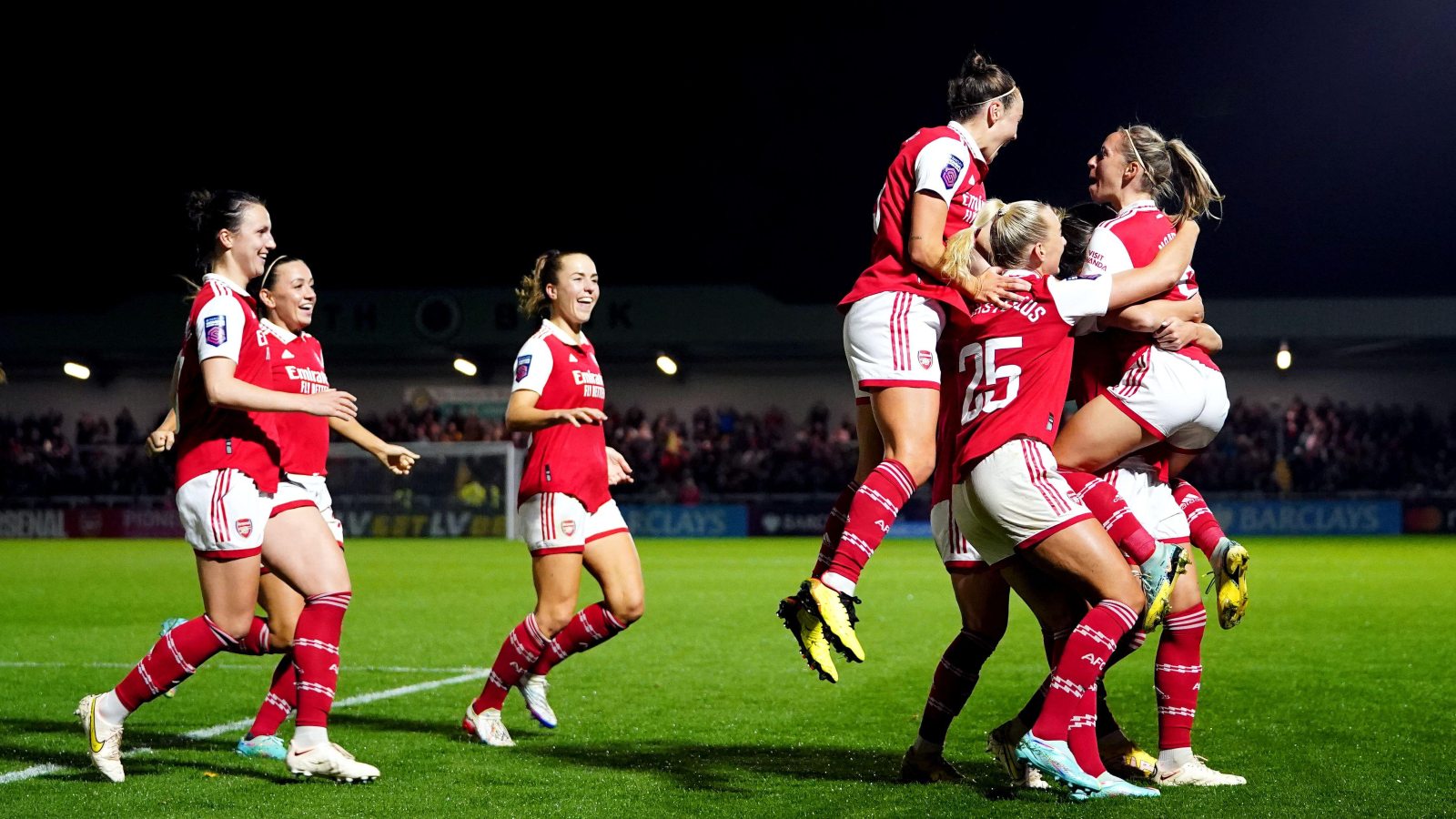 Manchester United and Arsenal both won to extend their 100 per cent Women’s Super League records.

United won 3-0 at Everton with Nikita Parris opening the scoring against her former club after 13 minutes.

Leah Galton and Hayley Ladd were on target in the second half as United became the first team since Manchester City in 2016 to win their first five WSL games without conceding a goal.

Dagny Brynjarsdottir put the Hammers ahead following a mistake in the Gunners defence.

But goals from Jordan Nobbs, Stina Blackstenius and Frida Maanum gave Arsenal victory, whose goal difference is just one worse off than United.

Chelsea, fresh from demolishing Albania’s Vllaznia 8-0 in the Champions League, made it five consecutive WSL wins with a 3-1 victory over Aston Villa.

Lauren James put the champions ahead midway through the first half, but Rachel Daly levelled before half-time.

Chelsea are level on points with Arsenal and Manchester United having played a game more.

Manchester City recorded a third straight success with a 2-1 victory over Liverpool.

Substitute Hayley Raso grabbed the winner 15 minutes from time after Khadija Shaw’s opener had been cancelled out by Katie Stengel.

Neville and Drew Spence got on the scoresheet again before the hour mark before substitute Jessica Naz added her own double.

Natasha Flint gave Leicester a 36th-minute lead with a superb effort from outside the box.

Reading levelled in the final minute when Rowe scored direct from a corner, and the Wales international then struck from distance two minutes into stoppage time.

The Royals’ first points of the season took them up to ninth while Leicester remain rooted to the bottom of the table after six straight defeats.