Home All The News Greenwood is better than Rashford, says one Man Utd legend 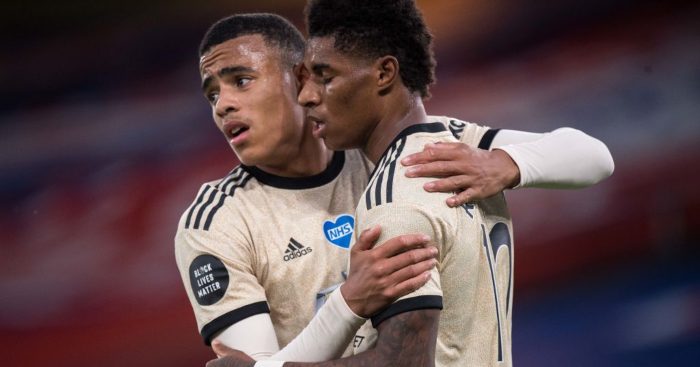 Former Man Utd striker Dwight Yorke thinks that Mason Greenwood has shown that he is “better” than Marcus Rashford.

Greenwood has established himself in the Man Utd first team this season, scoring 16 goals as part of Ole Gunnar Solskjaer’s exciting new attack.

Rashford has only bagged five more goals than the youngster in all competitions this season but 17 of the England international’s 21 strikes came in the Premier League.

However, Yorke thinks Greenwood has done enough to be viewed as “better” than Rashford at Man Utd.

Yorke told Apollo Tyres (via Goal): “He is getting all the praise right now because he is certainly hot at the moment with what he is doing. The trend at United is that the young players have always been getting chances.

“Under LVG [Louis van Gaal] and [Jose] Mourinho, they have not got their chances. Ole has come in and recognized that part of Man Utd. Mason, under Jose, probably would not have got a game.

“Mason is a defender’s nightmare. If you look at us in the last 2-3 years, we have been passing sideways, now these guys are driving teams back into their own area. He is a fantastic talent.

“He is better than Rashford, looking at his record now. You got to understand though he is still 18, at a development stage. Having Ole there, he would guide him along the way.”