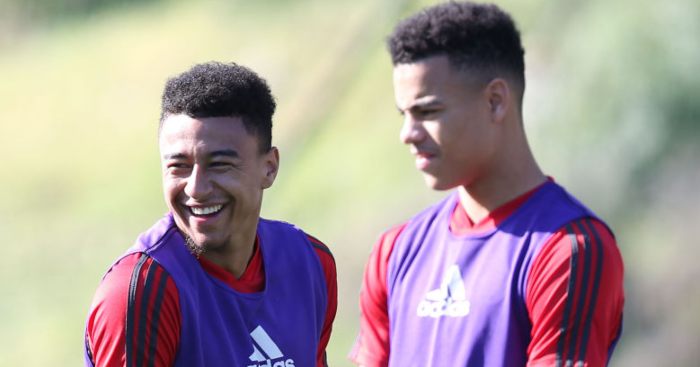 Beware Mason Greenwood, for Jesse Lingard used to be just like you…

Pog days are (not) over
Mediawatch can almost hear the sound of grinding, gritted teeth as Neil Custis writes in The Sun that Ole Gunnar Solskjaer ‘is hopeful of getting Paul Pogba to sign a new contract at Manchester United to end uncertainty over his future’.

After all, we are rapidly approaching the two-year anniversary of Custis telling us ‘this is the beginning of the end for Paul Pogba at Manchester United’.

And we are pretty much bang on the one-year anniversary of him saying: “Paul Pogba will go down as the most disliked Manchester United player of all time.”

That didn’t quite happen so in January: ‘PAUL POGBA’S Manchester United career is over with both player and club desperate for a parting of the ways.’

And then again in January: ‘MANCHESTER UNITED will let Paul Pogba leave in a cut-price deal this summer after finally signing Bruno Fernandes.’

And in February: ‘PAUL POGBA has been given the green light to leave Manchester United.’

And then in March: ‘PAUL POGBA’S Manchester United career is over. Despite suggestions that a peace deal is being made, both sides want a splitting of the ways.’

Brinkmanship
Over at the Daily Mail, they are trumpeting an EXCLUSIVE that ‘Paul Pogba is willing to make a dramatic U-turn by opening talks over a new contract at Manchester United’.

And then we remembered this in March, also from the Mail: ‘Paul Pogba on the brink of Manchester United U-TURN with unsettled star open to signing new deal and hoping to link up in midfield with Bruno Fernandes.’

Back then: ‘Pogba has been particularly impressed with the impact Bruno Fernandes has had on Ole Gunnar Solskjaer’s team and believes he can develop an exciting midfield partnership with the Portuguese new boy.’

Now: ‘He has been encouraged to stay after returning from injury to forge an exciting partnership with Bruno Fernandes in a United side currently unbeaten in 16 games under Solskjaer and playing some of their best football since Sir Alex Ferguson retired.’

Our question: What on earth did Chris Wheeler contribute that made Sami Mokbel add him to his byline as he basically regurgitated the exact same story four months later and tagged it ‘exclusive’?

Do you want to know a secret?
The dictionary definition of ‘lifting the lid’ is ‘to tell someone about something bad or something that was a secret’.

Keep that in mind as you read this headline from the Express website:

And what is the ‘bad’ or ‘secret’ thing that Pogba tells us about Bruno Fernandes?

“From behind I just enjoy it. I’m enjoying just watching Bruno, Rashford, Martial and Mason, who all played the last game, and seeing them score goals. You just keep applauding, it’s beautiful… they make me enjoy football every time!”

Bruno is going to be so f***ing mad when he finds out that Pogba has spilled.

LIVE
Are they actually taking the piss now?

It’s Thursday. Claims of Jadon Sancho having agreed a five-year deal emerged literally 6 (six) days ago. And they were shite then.

Jesse paints a picture…
Brian Reade (‘at the heart of football’ in the Daily Mirror) is right that we should not pile undue pressure on young English players, but we had to laugh at this sentence:

‘Young Mason Greenwood is currently being told that he has the world at his feet, but his Manchester United team-mate Jesse Lingard heard the same travelling back from Russia two years ago.’

Mason Greenwood is 18. Jesse Lingard was 25 when he was travelling back from Russia two years ago. And not one single person has ever put him in the Greenwood bracket. The Daily Mirror themselves rated him 7/10 for his efforts in Russia as a fresh-faced 25-year-old.

The WAG does have a name. And now a degree. pic.twitter.com/k3qMPEk4me

It’s probably not made quite clear enough that the offer was last year and he turned it down.

Recommended reading of the day
Ed Aarons on Musa Juwara