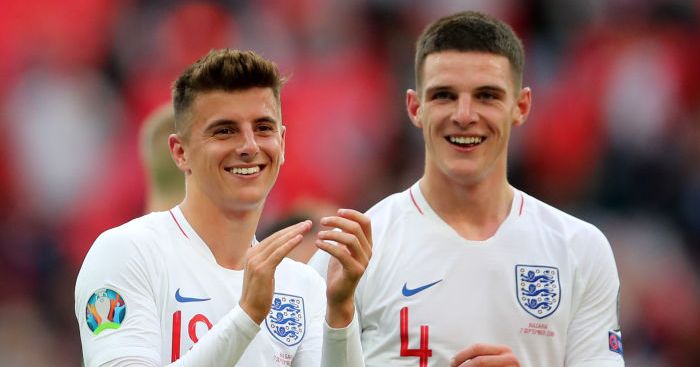 The Blues announced that they would follow government guidelines by entering all squad members and staff into a period of self-isolation after winger Callum Hudson-Odoi tested positive for the coronavirus.

But Mount was seen playing on a five-a-side pitch at the Trent Park Football centre on Sunday afternoon with friends, including West Ham midfielder Declan Rice.

While Hammers boss David Moyes is self-isolating after coming into contact with affected Arsenal manager Mikel Arteta, West Ham themselves have imposed no restrictions on the rest of their employees.

But the Daily Mirror say Chelsea will give Mount ‘a major dressing down’ and a possible fine after attracting their ‘fury’.

They quote a club spokesperson as saying that Mount has been ‘reminded…of his responsibilities’.

Frank Lampard ‘will certainly take a dim view of his actions’, but West Ham ‘insist that Rice had done nothing wrong’.

Mount’s teammate, Hudson-Odoi, stated last week that he had already “recovered from” the coronavirus but was “following the health guidelines and self-isolating for the week”.

Chelsea even partially closed their training facilities to allow it to be deep cleaned, so are unlikely to look too lightly upon Mount’s public appearance.

A passer-by suggested that none of those involved in the kickabout “were taking the situation very seriously”.