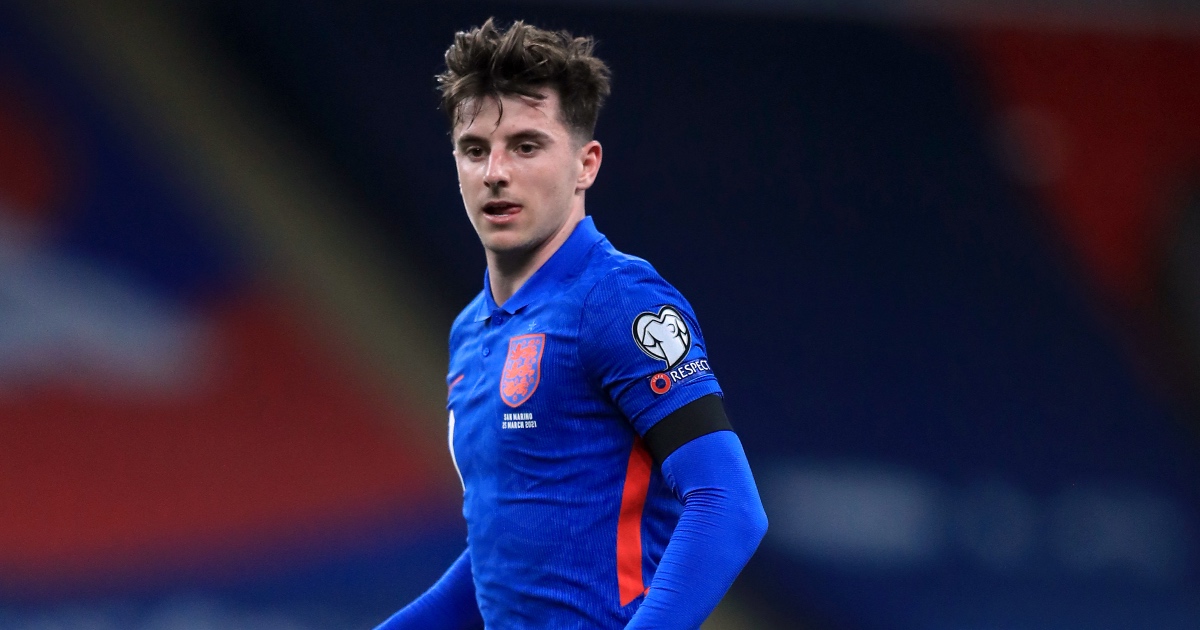 England boss Gareth Southgate has confirmed that midfielder Mason Mount will be available for Wednesday’s clash against Poland.

Poland will be without talisman Robert Lewandowski after the striker was ruled out for a month with a knee injury.

Southgate has now responded to questions over the player’s fitness at a pre-match press conference.

“They’re all available as far as we’re concerned.

“I think we’ve managed the team, not only through the matches but also the training sessions and we’ve been very cautious with the load that the players have had, so we have got to balance that freshness tomorrow.

“But we’re very happy with the performance the other day, of course, and, yeah, I think around Europe most countries have taken a similar slant on the games.

“So, we’ve got to look at the best team to win the game and we’re well prepared for it.”

Mount has been one of England’s star performers in the recent international fixtures.

He registered an assist in the 5-0 thrashing of San Marino last Thursday. He also joined Harry Kane on the scoresheet in the 2-0 victory over Albania at the weekend.

For Poland, meanwhile, the absence of Lewandowski is a huge blow.

The Bayern Munich forward has been in brilliant form this campaign, scoring 35 goals in just 25 Bundesliga appearances.

When asked about the injury to Lewandowski, Southgate said: “From our perspective, you know you’re going to have some players who are very hungry to fill that opportunity.

“You know they’ve got some very good forwards, (Arkadiusz) Milik, (Piotr) Zielinski, (Krzysztof) Piatek – they’re a good side with some good players.

“I have played Polish teams before. They fight for the cause, they’re a proud country, they’re a good football team, they’ve got a new coach, so they’ve got high motivation.

“We all know this is a key game in the qualification group.