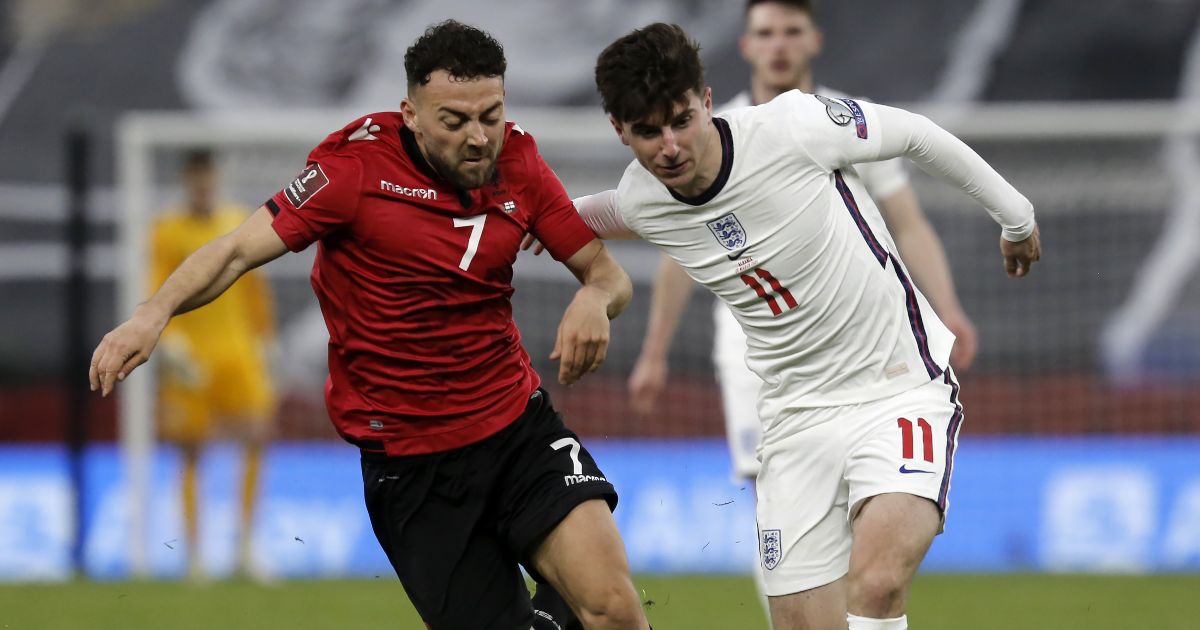 Chelsea midfielder Mason Mount is a doubt for England’s World Cup qualifier against Poland on Wednesday.

The 22-year-old has started seven straight matches for the Three Lions, including last Thursday’s 5-0 win against San Marino and Sunday’s 2-0 victory in Albania.

Mount wrapped up victory in Tirana with a fine finish but the Chelsea man may be unable to feature in the final match of this month’s triple-header.

MAILBOX: James, TAA and Chilwell all out of my England squad for Euros…

The 15-cap midfielder was the only member of the 24-strong squad to sit out training at Pennyhill Park on Tuesday morning as the group prepare to host Poland.

Mount remained indoors to work with England’s medical and performance team with an issue that is not believed to be serious.

On the experience he has been gaining under Thomas Tuchel at Chelsea, Mount recently said: “It has been a bit of a rollercoaster the last couple of months.

“But it is valuable experience for me and I have learned a lot more. I’d probably say it is five positions I have played in the game but it is all good experiences for me to learn.

“I haven’t had something like that in a game but I am versatile and I can change positions – that is what the modern game is about.

“Obviously now coming into the international break we are all very excited, buzzing to be back together after quite a long break and we are ready to get back to business.”

Southgate has always stood by the midfielder, who maintains he does not let any criticism seep into his game.

“But for me, personally, I don’t really look at anything like that, any negativity that anyone has said.

“My main focus is what I do on the pitch and trying to do that to the highest level that I can – if that’s at Chelsea or if that’s when I am away with England. That’s what I can affect.

“So any time I am training, any time I have the opportunity to play I want to do the best I can. So that’s my main focus and that’s what I have always done since I was a little kid.”