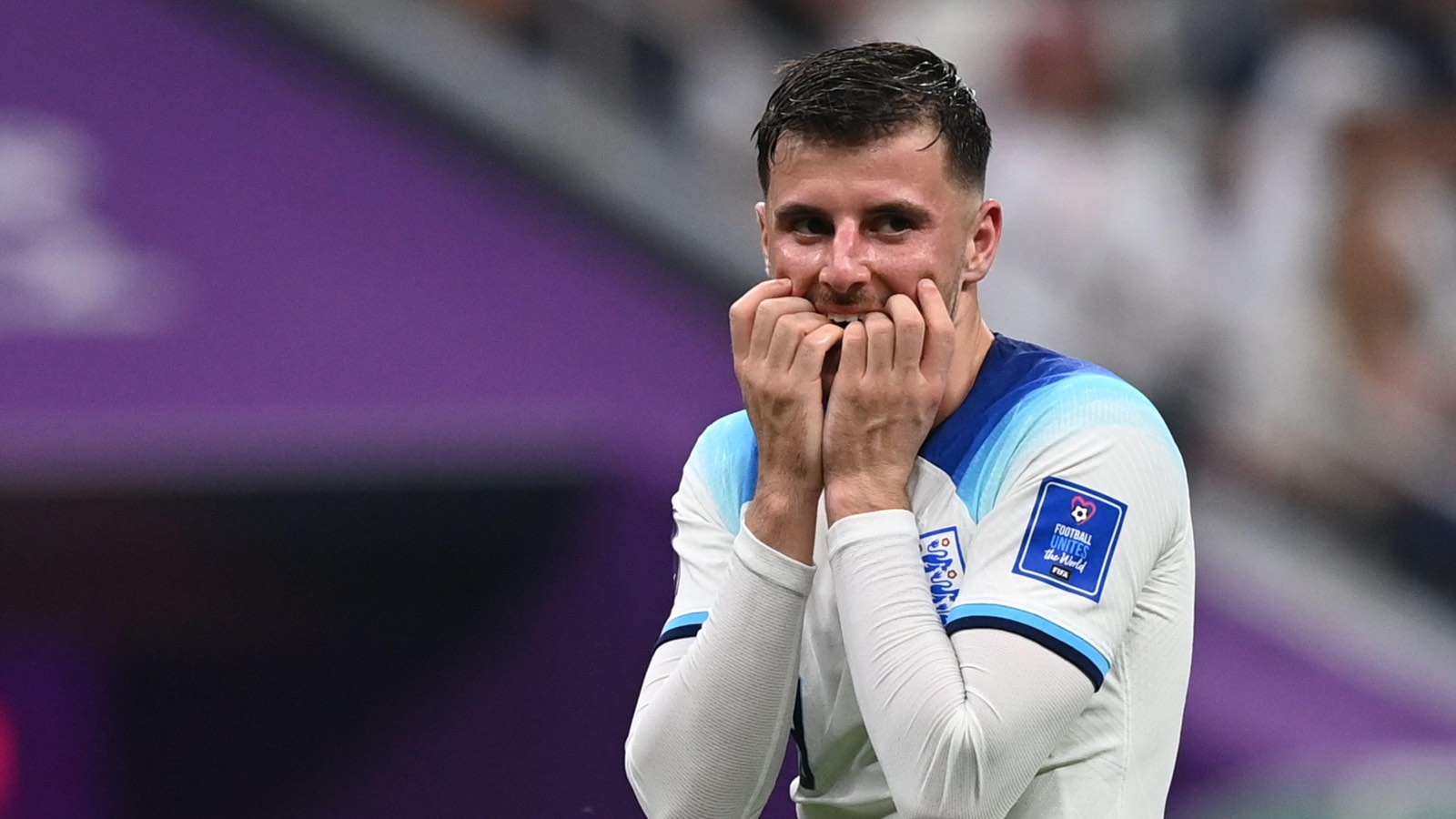 Mason Mount will probably start against Senegal, and that will make plenty of England fans very angry, which is always good fun.

At half-time in England’s win over Wales, I put out a tasty morsel of social media bait like the knowing pr*ck I am. ‘Are we allowed to talk about how superfluous/average Foden was compared to Mount in that first half? No? Ok.’ I wrote, with a stupid smile on my stupid face.

Because although what Mark Corrigan said to the drug-addled young man rolling a spliff on the floor of his flat in Zodiac House may sound harsh, the sentiment applies: “You’re not a bad person, but I’m afraid to say you are a moron.”

‘So far Mount has 0 goals, 0 assists, but you think he has done more than Foden last night? *laughing emoji*’ was the comment of someone who claimed Mount had done nothing, and therefore equates something to goals or assists. But also someone that I suspect would claim something was anything other than goals had it been Mount who tapped that unmissable chance home that had Bellingham celebrating before Phil Foden had even touched the ball.

With their views seemingly more entrenched than most, the Mount detractors would rather not be wrong than see Mount do well. And it’s easy to claim someone like Mount isn’t performing when the metrics his fellow players and managers judge and laud him on are below the surface stats that remain an obsession.

It seems like most England fans don’t want Mount to be starting games. And although I don’t agree, I can understand why – because it requires no thought whatsoever. It requires you to think of the players most likely to score or create a goal and ram them into the same team, with no thought as to how many goals may be scored against England or how they might win the ball back to score themselves.

Jamie Carragher for one expects Mount to start against Senegal as he ‘is responsible for so much of the high pressing in the line-up’.

There is a huge crossover between people who can’t abide Mount and people who have similar views on Southgate. If you dislike Mount enough to cast him as the teacher’s pet, you’re probably not all that fond of the teacher, and believe you know better than the second most successful England manager in history. You don’t, by the way.

You probably believe Southgate is holding England back and see Mason Mount as the Three Lions’ on-field muzzle, but the careful Southgate approach which has seen England take control before becoming more expansive if necessary has worked pretty brilliantly in the previous two major tournaments, and even you can surely see why Mount is pivotal to that.

Essentially, if you don’t like Mason Mount then you don’t like this England. And I for one hope Mount starts and does ‘nothing’ against Senegal, all the while cementing his spot doing the things that are actually something but apparently don’t count as such.