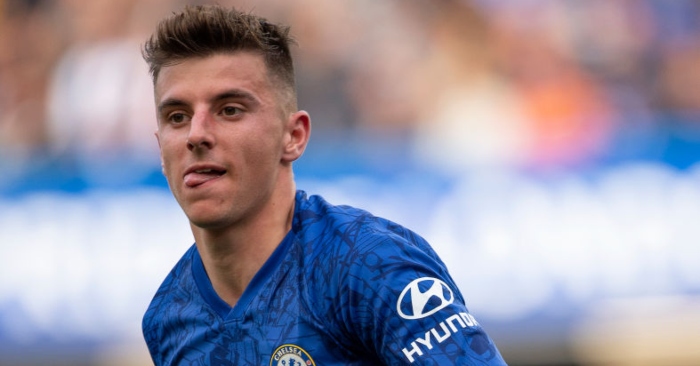 “I think he’s a number 10 and, at the moment, we’ve not been playing with a 10,” said Gareth Southgate in March, explaining why he had omitted James Maddison from his England squad once again. By September, he could no longer argue against the inclusion of the Leicester man, though he remains uncapped. As he recuperates from illness at home, he might well curse his luck as Southgate toys with the idea of reverting to a 4-2-3-1 formation to make space for Mason Mount. At the moment – with Mount making such a compelling case – England might well be playing with a 10 once again.

Ross Barkley has quietly started seven of ten England internationals since his post-World Cup recall, latterly fitting into Southgate’s midfield three alongside Declan Rice and Jordan Henderson but never quite convincing anybody that he has claimed the seat with more than one bum cheek. ‘Selfish and wasteful in the final third’ was the Guardian’s verdict from the Kosovo game. They awarded him 5/10, which is a pretty damning indictment of the most attacking central midfielder in a 5-3 victory. Since then, Barkley has started just one of Chelsea’s four Premier League games, very much usurped by a player who has already surpassed his rival’s goal total from last season.

It’s difficult to make a case for Barkley retaining his England place; he has barely played for Chelsea and not played well for England at all this season. His only real argument is experience, but with England coasting to qualification, there is a greater argument for giving Mount that experience. There will need to be a tactical tweak – and Dele Alli may well join the cursing chorus as Southgate reverts to a formation that would have placed him in his favourite position, close behind Harry Kane – but the promise of Mount absolutely justifies that tweak. Four Premier League goals, an appetite for the press and what looks suspiciously like an exemplary attitude; this is not the time to be cautious.

The very open secret to his success for Chelsea has been an advanced role, with his average position quite often ahead of Tammy Abraham. His friend and potential England teammate Declan Rice said last month: “He could score in every game if he wanted to. I can tell he’s training with Frank and they’re working really well because he’s like a second striker, making those runs which Lampard used to do.” That second striker role might not immediately transfer itself to this England team – and might never do so against the kind of opposition we will face in the latter stages of major tournaments – but this England team can afford to adapt for the promise of goal threat, especially as Mount is as much grafter as grifter.

There is little doubt about England’s first-choice front three after a Kosovo game in which Raheem Sterling, Jadon Sancho and Harry Kane all scored, but there is clearly an over-reliance on those three forward players, with Marcus Rashford the only other England player on the scoresheet in their last four games. The usually goal-shy Barkley was actually the only midfielder to score for England last season but his two strikes against Montenegro felt more like a blip than a suggestion of prolific things to come; his lack of Premier League goals in almost a year is a better indicator of his level of threat.

Mount, on the other hand, is worth shifting around those tactical tiddlywinks for. If Lampard has gifted England a carbon copy of himself, it’s definitely worth sticking a 10 on his back and pointing him in the direction of goal.