Home All The News Mason: ‘Top professional’ Bale is ‘close to his best’ for Spurs 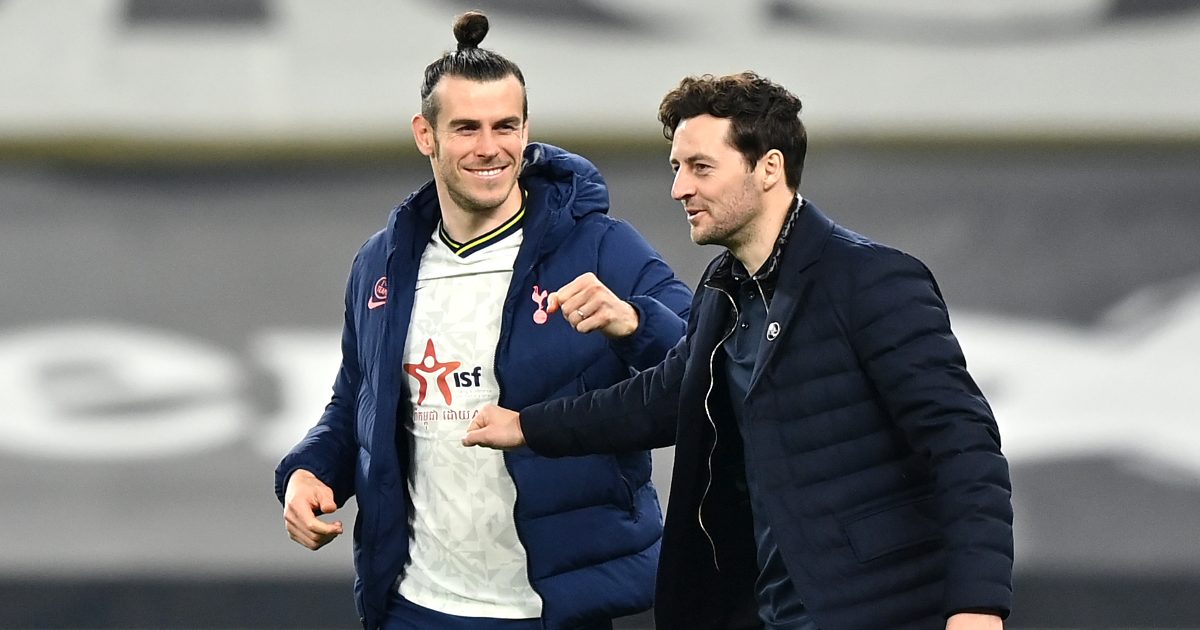 Interim Tottenham Hotspur manager Ryan Mason has suggested that Gareth Bale is “happy” and that he is close to his best form at the moment.

The Welshman has had an up and down campaign for Tottenham, but his performances have gradually improved the deeper we have got into the season.

Jose Mourinho was replaced by Mason the week of the Carabao Cup final. Spurs lost that game 1-0 to Manchester City.

Mason has won his two Premier League games so far. In these games, Bale has netted four goals and this includes a hat-trick against Sheffield United. The interim boss has told reporters, as cited by BBC Sport, that he is “happy” with Bale:

“I can only go on the last two weeks,” Mason added. “I experienced playing with him as well. He’s a top professional. He’s happy and I’m happy, and that’s important. I think at the moment we’re seeing Gareth close to his best.”

Next up for Tottenham is a trip to Elland Road to face Leeds United. Mason has confirmed that he has a fully-fit squad to choose from for Sunday’s game:

“Ben Davies is the only one that has not been training, Tanguy [Ndombele] and Lucas [Moura] didn’t train for the majority of last week. They trained the day before the game but this week we have had a fully-fit squad.”

Mason has been given the Spurs job until the end of the season. It is unclear whether he will be the manager beyond then, though.

The likes of Graham Potter, Ralf Rangnick and Scott Parker have been linked with the vacancy. Mason has insisted he’s just taking it one game at a time while he’s in charge:

“That’s all hypothetical and if we win or don’t. I’m just thinking about the next game. I’m not silly enough to start thinking ahead to certain situations, and that’s all I have to say on the matter.