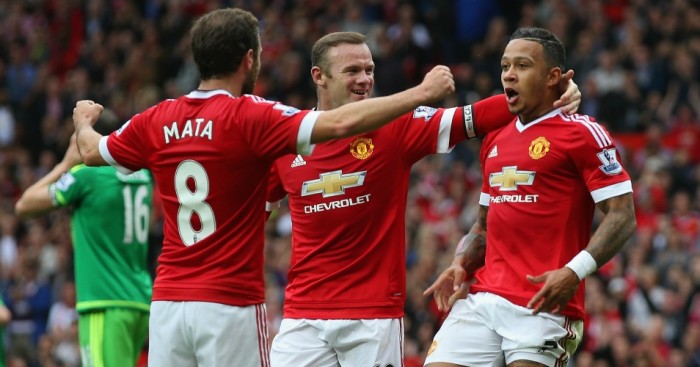 The 30-year-old has enjoyed a record-breaking start to the season, but becoming England’s all-time top scorer has not failed to take attention away from a clutch of underwhelming displays.

Rooney has netted just two Barclays Premier League goals this term, leading to questions about his starting role for club and country – talk that surprises Mata, whose Spain side welcome the Three Lions for a glamour friendly on Friday.

“When we speak about Wayne we’re speaking about the captain of England and my team Manchester United,” the midfielder said.

“He’s a very important player. He’s scored more goals than anyone in the English national team and at United.

“I know he can play in different positions. At the end it’s Roy Hodgson or Louis van Gaal who decides, but obviously if he’s close to the box he will score more.

“I feel very proud to play alongside him in my team and it will be very difficult to face him tomorrow.”

Spain will not face Rooney from the outset on Friday, though, after Roy Hodgson revealed his plan to experiment with the England line-up in Alicante.

“Talking to Wayne every day in Manchester, I can tell that he is delighted with England’s national team,” he said.

“They have youth, desire to win and the capacity to achieve something important – you only need to look at their qualifying campaign in which they won every game.

“Tomorrow’s match will be a tough test for us and for them to see what level they’re at. I believe that England are one of our direct rivals for Euro 2016”.

Vincente del Bosque echoed those sentiments, although most of the questions the Spain coach faced revolved around star players such as the out-of-sorts Chelsea striker Diego Costa.

“When a team doesn’t work, the players get blamed too. This year Chelsea aren’t working well at the moment and this is happening.”