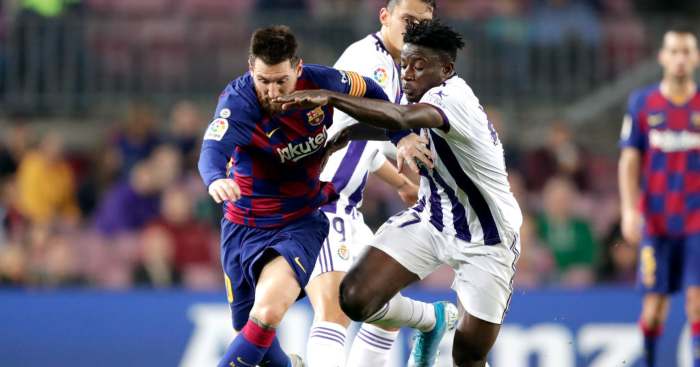 Manchester United have joined a number of other clubs in the race to sign Real Valladolid defender Mohammed Salisu, according to reports.

Salisu has played 14 times for Valladolid this term in his breakthrough season for the La Liga outfit.

The Ghanaian has a €12million release clause in his current contract at the Estadio Jose Zorrilla with interest in him understood to be high.

Valladolid’s attempts to extend Salisu’s contract have so far proved fruitless, while the report adds that the 20-year-old is represented by Juan Mata’s father.

Out of the clubs understood to be chasing Mata, Man Utd have been watching Salisu ‘the most’ with the Premier League thought to suit his style.

The report adds that Valladolid acknowledge it will be hard to keep the defender past the end of the current season.

While United will be hoping that Mata’s dad could help United beat off competition from other clubs for Salisu.