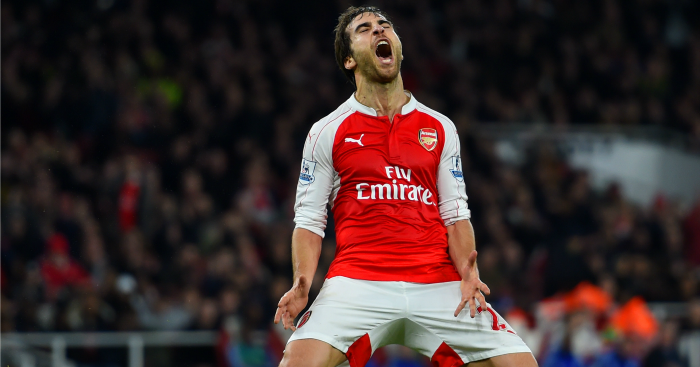 “Similar to Monaco last season, naive, and that is frustrating. When we looked like we could win the game, we just gave it away” – Arsene Wenger.

Only Wenger could be surprised by the same thing happening twice in two years, when so little has changed in the meantime. Ten of the same 14 players who lost at home to Monaco at this stage last season turned in the same performance, albeit against a side of far higher quality. If Wenger’s players are “naive”, they are sculpted in his own image.

The concern for Wenger was that Barcelona were bound to improve on their first-half slumber and, when they finally did switch up the gears, Arsenal were left at the lights. Wenger gives his side a 5% chance of turning the situation around; he’s being generous. That list of clubs with a Champions League quarter-final appearance since Arsenal continues to show them up: Shakhtar Donetsk, Marseille, APOEL, Galatasaray, Monaco, Schalke, Porto, Benfica, Malaga…Tottenham Hotspur.

Any side that faces Barcelona is only as strong as its weakest link. Against Burnley, Bournemouth or Bayer Leverkusen, flaws in a team can be counteracted or covered. Barcelona spend minutes determining an opposition’s weakness, and seconds exploiting it.

It took 47 seconds against Arsenal. Forty-seven seconds between the introduction of Mathieu Flamini and the tie being beyond Wenger’s side. Weak pass, clumsy tackle, Messi penalty, 2-0. Aaron Ramsey’s post-match comments drew sympathy, but not belief: “We must go there and try as hard as we can.” That won’t be enough.

The best description of Flamini is “good professional”, the ultimate footballing damnation with faint praise. Only twice in his career has he started more than 20 league games in a season, and the last of those was his first in Milan in 2008/09. That he is still playing in crucial Champions League ties accounts for at least three nails in Wenger’s Arsenal coffin.

“He can play as a defensive midfielder or provide cover for first-choice full-backs Bacary Sagna and Kieran Gibbs,” said Wenger when re-signing Flamini on a free transfer in 2013. “As we know, Mathieu is a strong midfielder, but is also comfortable playing in defence too. He is a very good addition to our squad.” Wenger’s words screamed ‘squad player’, but Flamini has started 63 times since. 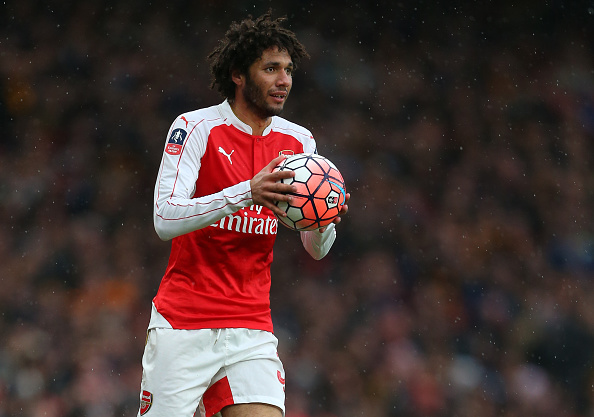 “We hope to have things done this week. I’m optimistic,” said Wenger on January 11 when discussing Arsenal’s transfer business. “My prediction is that it could be one of the most active January transfer windows that we’ve seen.”

Despite Wenger’s own predictions, there was only one arrival at the Emirates in January. Mohamed Elneny, the Egyptian international and FC Basel midfielder, was imported from Switzerland. Supporters suspected that Francis Coquelin was still at the front of Arsenal’s queue of holding midfielders, but Flamini was finally at the back. Not so.

“He has not come in straight to a big club, he had an intermediate stay in Europe so the adaptation is less of a question mark,” said Wenger of Elneny when he signed. “His strengths are his technical level, his vision, his intelligence, his disciplined attitude and his physical attitude to compete at a high level.”

It’s hard not to conclude that Wenger treated his own supporters as fools with the signing of Elneny. There was never any intention of him helping their fights on three fronts this season. This was merely a crumb thrown from the table to desperate fans.

By January 30, with 48 hours of the transfer window left and Arsenal’s business done, Wenger changed his tune: “Maybe there wasn’t a lot of competition because we were the only interested club in signing him. Not too many people spoke about him and he was basically not much on the radar. Let’s see how well he adapts to English football before we see if we have got him for a cheap price.”

There is a galling irony to Elneny’s appearances, 180 minutes of football since arriving all against Championship opposition. The Flamini upgrade has played in the only two matches for which Flamini is fit for purpose.

Let’s also destroy the myth that Elneny is a novice, like a young Bambi sliding around on the ice. He has started more European games than Francis Coquelin, Alex Oxlade-Chamberlain and Jack Wilshere. If he is not a better option than Flamini at 23 years old, Arsenal should have waited until the summer. Or, y’know, stumped up the cash in January. Or last summer. Or the summer before that.

As ever with Arsenal, the anger stems not from how far they are behind Europe’s elite, but the exact opposite. Supporters have been brainwashed to accept high-end mediocrity, and be wary of big-name new signings. Don’t be angry that Flamini came on, be hopping mad that he’s still an option for Arsenal.

The arguments over new strikers and new central defenders of the level required to compete for the Champions League will not go away, but nor do they need repeating. These are Arsenal’s broken records, the scratches in the disc running deeper than the ill-feeling over £60 tickets.

Instead it is Flamini’s continued presence that grates most. One of the toughest elements of football management is ignoring sentiment and friendship in favour of cut-throat logic, but Wenger seems regularly incapable. Flamini is the ghost of Arsenal’s present, haunting any hopes of meaningful progression.