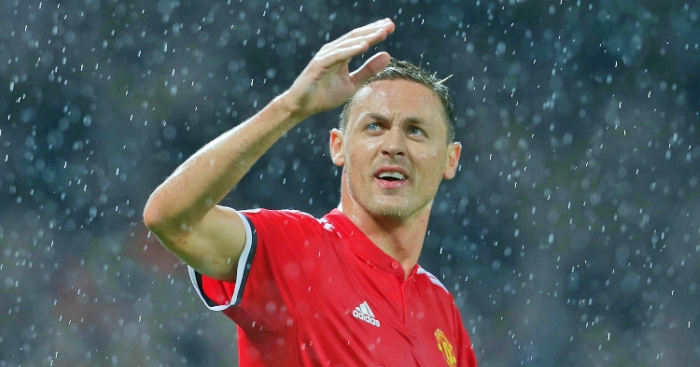 “He was an essential player because he spoke to me a great deal, and he liked to understand the practices, the whys and wherefores.”

Jose Mourinho would go on to describe Costinha as “a vital player”, one who “would convey my ideas on the pitch” as he stood on the touchline. “Costinha would basically be my ‘assistant coach’.”

They say you never forget your first. The Portuguese was speaking in late 2004 at the beginning of his rise to prominence, but success has not changed him; his love for a defensive midfielder remains as strong as ever.

At Porto it was Costinha. At Chelsea it was Claude Makelele, his “tactical leader”. At Inter Milan it was Esteban Cambiasso, “one of the fastest players I have ever coached”, but only “where speed is needed most”. At Real Madrid it was Xabi Alonso, “a coach when he is on the field”. Each were “strong”, each were “stable”, and each were the pivot around which Mourinho built his most dominant sides.

The Portuguese has afforded space in his little black book for a select few players; only once has he sought to relight the flame of a previously prosperous relationship. Nemanja Matic was the calming influence as Chelsea returned the Premier League title to Stamford Bridge in 2015. Eden Hazard, Diego Costa and Cesc Fabregas were a holy trinity of attacking craft, guile and brutality, but Matic was the insurance. No teammate made more than his 3.6 tackles, 2.2 dribbles or two interceptions per game that season.

“When I joined Manchester United last year, I thought immediately that we needed a kind of Matic,” Mourinho said in the summer of 2017, 12 months after his appointment as manager. “Nemanja is a Manchester United player and a Jose Mourinho player.”

So it has proved. No United player has made more tackles (14) or interceptions (13), and Matic has attempted at least 97 more passes than any other player.

The holding midfielder cupboards were bare when Mourinho first arrived. Morgan Schneiderlin and Bastian Schweinsteiger were deemed unsavoury, while none of Ander Herrera, Marouane Fellaini and Paul Pogba were ever a long-term solution. Last season, Herrera made the most tackles (39), Daley Blind the most interceptions (26) and Pogba the most passes (1,043) in the Premier League as Mourinho managed to cobble together random ingredients to create an adequate dish. Matic has made an edible midfield meal delectable.

Place your bets on your favourite teams at https://ca.crazyvegas.com/ and win big.

To characterise the 29-year-old as only a physical or athletic presence is unfair, but understandable. Matic is 6ft 4ins and deceptively quick but, as Mourinho once said of one of his favourite students, faster than the rest “where speed is needed most”. The Portuguese did not build sides around Cambiasso, Makelele, Costinha and Alonso because of their ability to out-muscle an opponent or win gold in a 100m race; they were signed for their speed of mind, to help unleash the talents of Samuel Eto’o and Wesley Sneijder, Frank Lampard and Didier Drogba, Deco and Derlei, Cristiano Ronaldo and Mesut Ozil.

In Mourinho’s land of giants, Matic is more brain than brawn. Romelu Lukaku, Marcus Rashford, Anthony Martial and Henrikh Mkhitaryan are producing and performing at one end, Phil Jones, Antonio Valencia, Ashley Young and Eric Bailly the other. In the middle are Matic and Pogba, with the latter relishing more freedom before his untimely injury.

Matic is Mourinho’s comfort blanket, his safety net, the one player who, by his own admission, keeps things “simple”. His comment earlier in the week that “I will be better” felt like a warning to the rest of the Premier League. If the new ‘assistant coach’ can improve on an already impressive start, Mourinho’s second season prophecy will be realised once more.