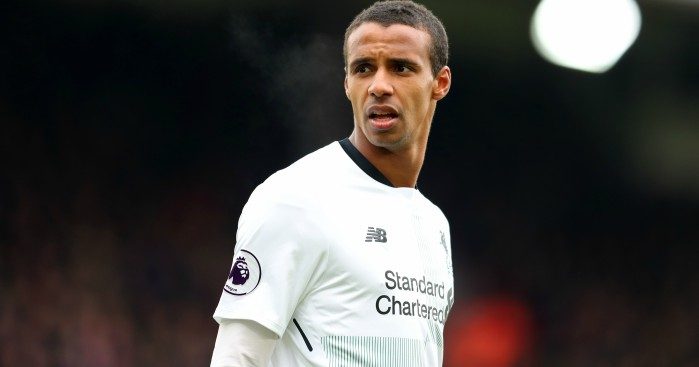 Joel Matip has refuted claims that he could be considering his future at Liverpool, while he is looking forward to the Merseyside derby.

Joe Gomez, Virgil van Dijk and Dejan Lovren are Jurgen Klopp’s preferred centre-backs this campaign with only three starts for Matip in all competitions.

The Cameroon international has one year left on his deal once the current season ends and there have been rumours that he could leave in January.

However, Matip claims that’s wide of the mark as he is determined to force his way into Liverpool’s starting XI.

“I only concentrate now on the season on Liverpool and there’s nothing else in my mind,” Matip told the Evening Standard. “Everything else would only distract me.

“I’ve got to wait for my opportunity, I have to work hard – this is the life of a player.

“For all the supporters this is a special game. If you are in the stadium then you already feel it’s something different.

“You see the atmosphere and then you know that the next 90 minutes it will be [difficult]. Every game is a fight but this will be a massive fight.

“[If you lose] nobody wants to talk to an Everton fan the next day. I think it means a lot to all the people and to us.”