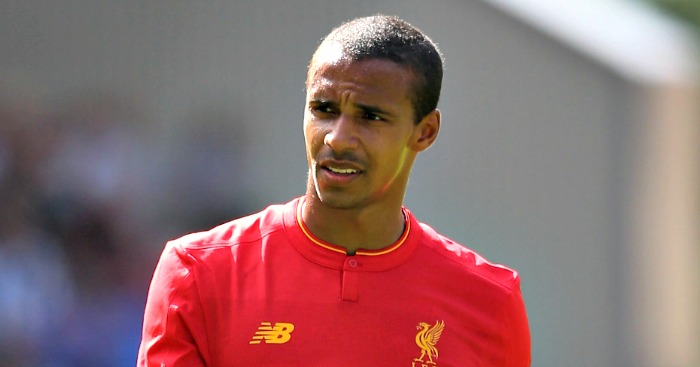 Liverpool defender Joel Matip has revealed who his idols were as a young player.

The central defender has impressed for the Reds since joining on a free transfer in the summer.

The 25-year-old has played nine Premier League games, scoring one goal and helping Liverpool to second in the table.

In an exclusive interview with the Liverpool Echo, Matip has explained who his “heroes” were growing up.

When asked on comparisons that have been drawn between his style and Liverpool legend Alan Hansen, who captained the club to their last title triumph in 1990, Matip replied: “I’m sorry, I have to say I haven’t heard of him.

“But I know this club has won many trophies in the past and has had many great defenders.

“It’s an honour the fans have welcomed me so much and that they appreciate my game play. Knowing I have the supporters behind me is a pleasure.

“But I still have to improve. I hope I can continue to make the supporters proud.

“We are trying to make some history but we have to work really hard for this. It’s a long season, we will give our best and then we will see what we can achieve.

“When I was really young my heroes were Zinedine Zidane and Patrick Vieira. That’s who I wanted to be in the playground.

“But when I was really small my idol was my brother. He’s six years older than me.

“Little brothers always want to do what their big brother does so since I was five or six I wanted to be a professional player.”