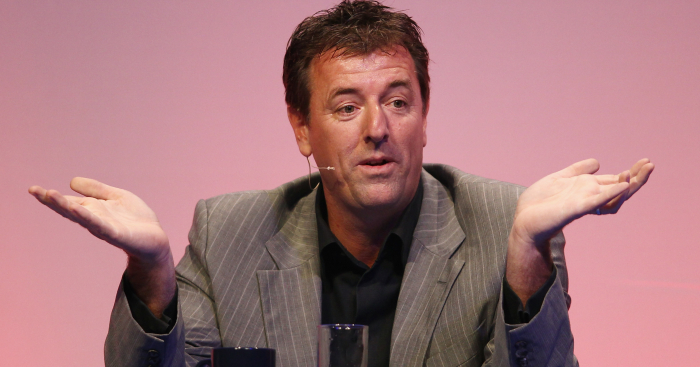 Forget the latest bestsellers or Booker Prize winners. The Football Book Club podcast are the only book club who instead read another footballer’s autobiography every week.

This week, it was the turn of Premier League legend and south coast god, Matt Le Tissier.

Matt Le Tissier is many things. A Saints legend. A scorer of ridiculous goals. Xavi’s boyhood hero. Possibly a scientist if you go by his Twitter feed.

However, above all, he’s an enigma. A player of limitless ability who valued loyalty at Southampton, where he fought relegation every year, over a big move his ability deserved.

And no journey through footballers’ autobiographies would be complete without reading his 2009 magnum opus, ‘Taking Le Tiss’. A pun ranking firmly in between ‘Blood, Sweat and McAteer’ (bad) and Lee McCulloch’s ‘Simp-Lee The Best’ (extremely bad).

Joining us to read it on The Football Book Club podcast was filmmaker and Vice journalist Oobah Butler. Oobah was the man who masterminded getting his shed to be the top-rated restaurant on Trip Advisor. But, as he readily admits, this is far less complicated than attempting to understand le man, le myth, Le God.

OUT NOW! @Oobahs wants to know what makes Matt Le Tissier tick. So, naturally, he came to The Football Book Club to help him.

Together we tried to get into the mind of Matt Le Tissier. However, even after reading 335 pages of Matt’s memories, very detailed match reports and stories about Franny Benali, we are still none the wiser to be honest.

However, we did learn a few things. Here are our three most notable findings from the book.

Before the book has even begun, Matt tells us in the author’s preface that he was ‘once carried off in training after a fainting fit caused by eating too many Sausage and Egg McMuffins’.

Sadly, Matt never goes into further detail about this story which immediately loses him a mark at the bottom. However, given some of his other culinary habits this is, by comparison, pretty healthy.

At the end of the book, Matt outlines his typical daily meal planner, which is…

A menu identical to one if you allowed a six-year old to open a restaurant. The man is Gillian McKeith’s Everest.

At the beginning of the book Le Tissier laments the fact Glenn Hoddle never took him to World Cup ’98. And it is criminal Le Tiss only earned eight England caps (five fewer than Tom Cleverley).

But if you’re Glenn Hoddle and Le Tiss has just turned up at St. George’s Park, only to collapse whilst doing rondos with a hash brown in his hand, what can you do? Away from food, Matt’s tipple of choice on a night out is a Malibu and Coke.

A fact we find out when he reveals…

If there’s anything worse than Matt’s diet it is, perhaps, his taste in music.

In the book, Matt professes his love for Shakin’ Stevens, Take That (who he goes to see live with two of his aunties) and Chesney Hawkes’s 1991 classic ‘The One and Only’.

But his true love is Shania Twain.

The perfect night on the town with Matt is wolfing down a chicken kiev, getting jacked up on all the Malibu and Coke you can drink and then belting out ‘Man! I Feel Like A Woman’ until McDonalds starts serving breakfast.

Matt’s even dragged teammates along to watch Shania, including John Beresford, who joined Southampton in 1998 and by some miracle seems to love Malibu and Shania Twain even more than Matt.

The image of Matt Le Tissier at a Shania Twain concert in a box packed with Chris Marsden, Hassan Kachloul and as many other mid-90s Southampton players as he could convince is, undeniably, very sweet. However, Shakin’ Stevens, Matt? This is not befitting of a God.

After 200-odd pages of unadulterated Le Tiss, the book takes a strange turn when – for about 80 pages – Matt just talks about Southampton in the late noughties. Which would be fine. If Matt hadn’t left the club in 2002.

At this point the book stops being an autobiography of Matt Le Tissier and instead becomes an unofficial biography of Southampton – the Jan Poortvliet years. A book we do not want to read.

However we do get one final chapter where Matt reveals what we’ve all been wondering throughout the book – what’s the most chocolate bars he ever got through in an episode of Soccer Saturday?

Le Tiss is clearly a nice, unassuming man (despite some of the questionable things on his Twitter feed). But the book could be easily be a good hundred pages shorter.

It’s a bit messy, a bit rambly and it’s perhaps best summed up by Oobah, who described the book as having the feel of a 78,000-word best man speech.

But were we at least successful in our attempts to try and understand Matt Le Tissier?

The answer is an emphatic no. In fact, we’ve come to accept we never will truly know him. However, if you want to give it a go, you can listen to the episode here.

Ridiculous 80s hair on the front cover? Matt has had the same hair since the day he was born
Does he talk about herself in the third person? No, although he might call himself God once or twice
Does Roy Keane turn up? No
Did you learn anything meaningful from the book? That there is such a thing as too many Sausage and Egg McMuffins

Overall – Three Malibu and Cokes out of Five