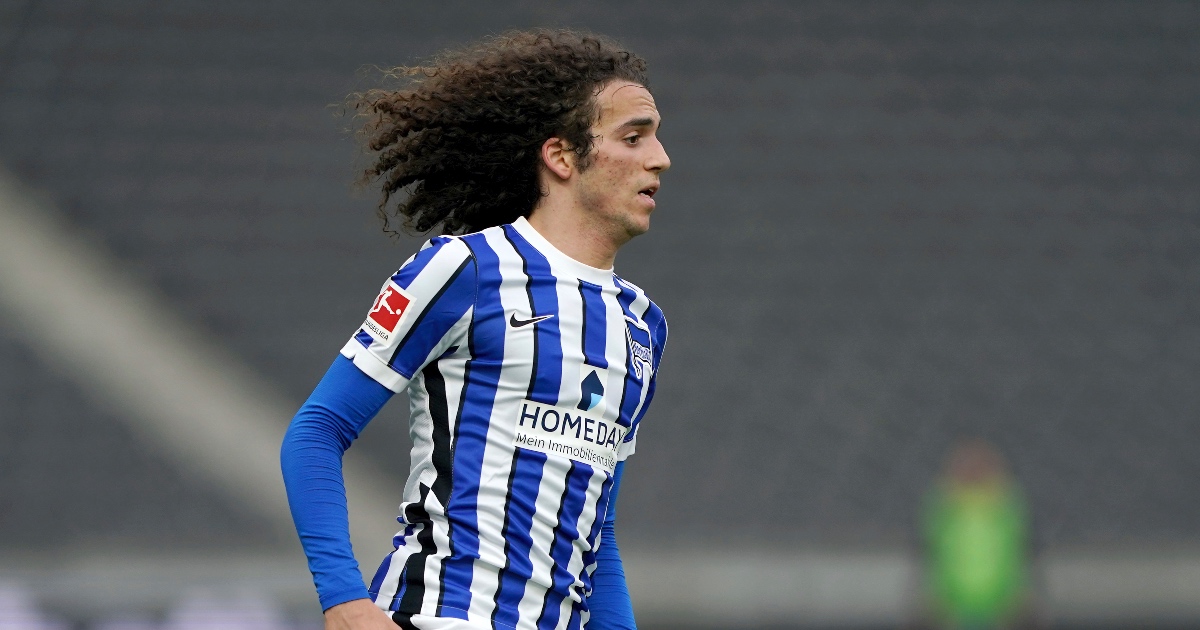 The 22-year-old has spent the season on loan at Hertha Berlin after falling out of favour under Mikel Arteta.

During that time, he’s been searching for a permanent route out of the Emirates, with France his ideal destination.

According to L’Equipe (via Mirror), Guendouzi has provisionally agreed to join Marseille in the upcoming transfer window.

He will now try and persuade the two clubs to get a deal over the line.

Arsenal are reportedly prepared to sell him for £25million as they’ve become frustrated with his bad attitude.

Guendouzi was making great progress in the Gunners’ first team before their 2-1 defeat to Brighton last season.

He had a run-in with Neal Maupay after the final whistle and was subsequently dropped by Arteta.

“Guendouzi has a volcanic personality. He was called up to the French national team after a good run in the Arsenal team, but I didn’t see him have a very good game in that spell.

“He did OK in games, but as soon as he went to the national team, he changed on the pitch.

“He’s had arguments with referees, opponents, sometimes his own teammates, and I think this is something he has to control. If you want to reach the highest level and stay there, you have to control your emotions.”

Arsenal look set to focus on Thomas Partey and Granit Xhaka as their man pairing in central midfield, leaving no room for Guendouzi to return.

Partey is still searching for his first Premier League goal but has given them more steel in the centre of the pitch.

Xhaka captained the side on two occasions in 2020/21 and has become an important part of Arteta’s plans.

His performances have even seen him attract interest from Roma, who will be managed by Jose Mourinho next term.