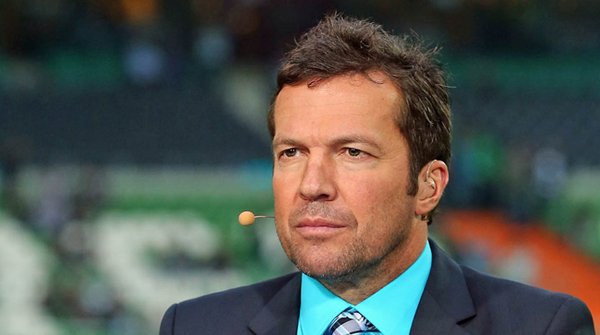 Former Germany international Lothar Matthaus was full of praise for England’s display in the 3-2 victory over Germany.

Matthaus, an excellent pundit for ITV’s coverage, also passed comment on Wayne Rooney’s place in the team, suggesting the captain will struggle to regain his place.

Matthaus believes that if England continue that their current rate of progress they could be the best team in the world in three years. Oh no, he’s making us tingle again.

“We have to understand the English football today, especially in the second half, was better than the German football and we cannot be angry at this result,” Matthaus said.

“It’s surprised me completely, especially when you see the team, young players, but players who like to win, who like to give the best for their country.

“I hope the coach saw it too and gives these players now the chance to build a good team for the European Championships and later for the World Cup 2018. This is a team who have a big chance when they play like today to be by the best teams in the world in three years.

“I am a fan of Wayne Rooney, but today we didn’t miss him in the game.”

Lothar Matthaus: "Dele Alli is England's best player. Maybe the best on the pitch. England have been missing him in the last year" #GERvENG

Have to say, I'm enjoying a bit of Lothar Matthaus for ITV.