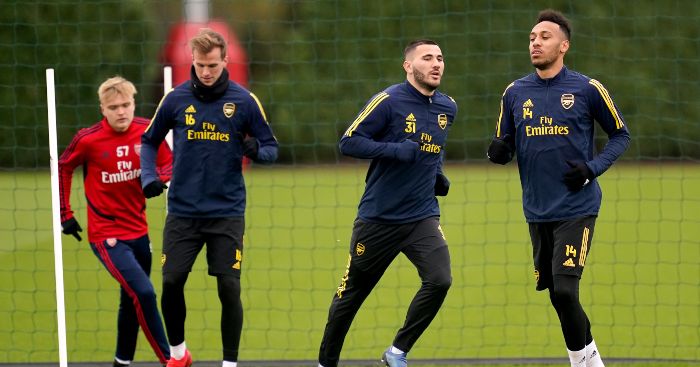 Before their recent run, Arsenal and Aubameyang were in poor form with the Gabon international only scoring two Premier League goals by the mid-way point in December.

He has added another three since then but there are still doubts about his captaincy with Upson recommending the more “vocal” Holding as another option.

Speaking on Sky Sports, Upson said:  “I feel he [Aubameyang] leads by example more than probably vocally or how he communicates with the players. I don’t see him so much in that way.

“He played so well at the end of last season that his performances, more than anything, led by example. His impact as captain may have been a little bit watered down at the start of this season.

“There are other players in this team, like Rob Holding, for instance, who I think is very vocal. He plays at the back. He’s got real stature as a player. Someone like him is interesting to think well, he looks to me, in the future possibly, to be captain material for Arsenal.”