Mauricio Pochettino is keen to "finish the work" he had left to do at Tottenham and is already dreaming of a return. 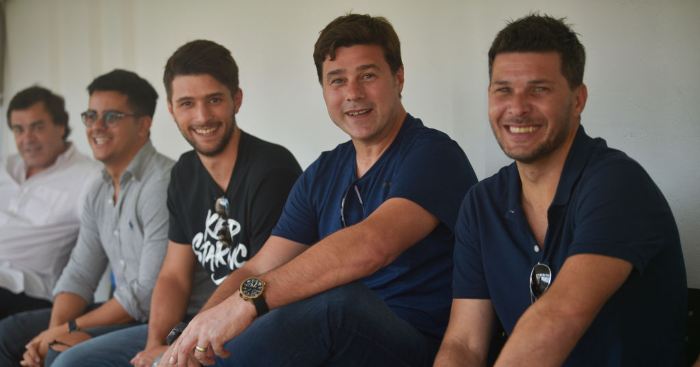 Mauricio Pochettino is keen to “finish the work” he still needed to complete at Tottenham and is already dreaming of a return.

Daniel Levy sacked Pochettino in November less than six months after the Argentinian led Spurs to the Champions League final following a poor start to the season.

He admitted it was a gut-wrenching decision to remove Pochettino, who had turned Tottenham into one of the best in England during his five-and-a-half-years at the helm.

And Pochettino reckons their paths will cross again as he “dreams” of being Tottenham manager once again.

“From the day that I left the club, my dream is to one day be back and finish the work we didn’t finish…”

“Deep inside I would like one day to be back, this club is special.”

Mauricio Pochettino wants to return in the future ⚪️#UCLThrowback pic.twitter.com/khUGv8hqqZ

Pochettino told BT Sport: “It was an amazing journey that finished in the way that, of course, no one wants. But deeper in my chest, my soul, my heart – I am sure that we will cross [paths] again.

“From the day that I left the club, my dream is to be back and to try to finish the work that we didn’t finish.

“We were so close to winning the right trophies. The Premier League and the Champions League.

“But we stopped and, of course, I am looking forward to move on and I am so motivated for the next project.

“But deep inside I would like to be back one day because the club is special. The fans are so special.”

Pochettino added: “Maybe in five years, maybe in 10 years, and now I’m going to conspire with the universe and to throw out the idea that before I die, I want to manage Tottenham again and try if possible to win one title, because I want to feel what it means to win one title with Tottenham.

“The fans are amazing and the love we received was amazing and that [would be] a good opportunity to pay back all the love they showed us from day one.”