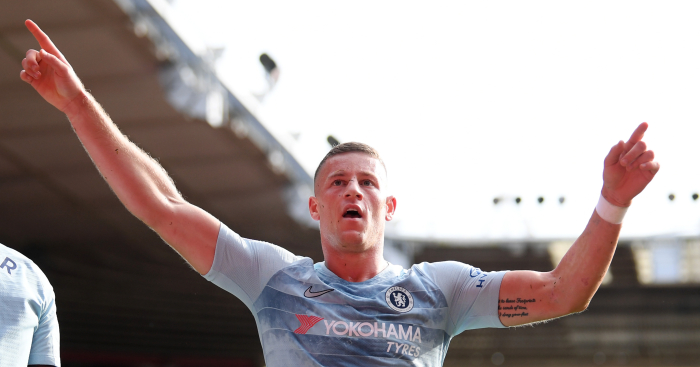 Maurizio Sarri has backed Ross Barkley to become an integral part of the England squad after he starred in Chelsea’s 3-0 success at Southampton.

Midfielder Barkley celebrated his recall to the national team at St Mary’s by setting up Eden Hazard’s opener and then scoring his first Blues goal. He has set the example that our early loser Ruben Loftus-Cheek must now follow.

Barkley and in-form team-mate Hazard were the standout performers on the south coast and the latter laid on a stoppage-time third for substitute Alvaro Morata.

The former Everton player was left out of Gareth Southgate’s World Cup squad in the summer following a series of injury issues and won the last of his 22 caps in May 2016.

Head coach Sarri has been impressed with Barkley’s desire to make up for lost time and tipped him for a bright future heading into the international break.

“Today he has played really well. I am really happy with him because from the beginning he has improved, day by day, week by week, match by match,” said the Italian.

“I am very happy for him, for the goal, for the national team.

“He had a very serious injury in the last season, now he’s improving every day but I think the best will come for him.

“I think he will become very important in England and for the England national team.”