Home All The News Mawson ‘completely ready’ for England duty 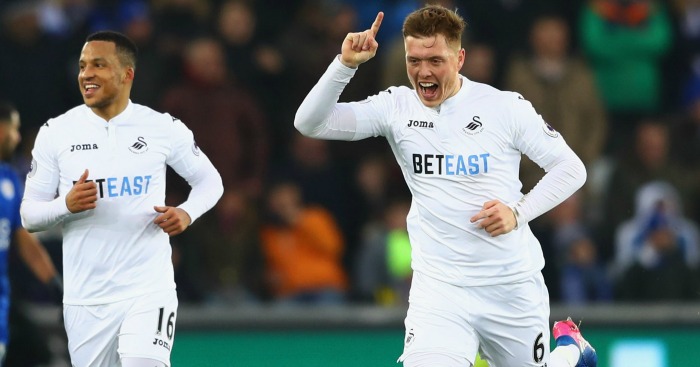 Carlos Carvalhal has backed Alfie Mawson’s England credentials after the Swansea defender was named in Gareth Southgate’s squad for friendlies against Holland and Italy.

Mawson was playing in the Sky Bet Championship at Barnsley only 19 months ago before his £5million move to Swansea.

But the 24-year-old has had another impressive season in Swansea’s up-and-down campaign to force his way into Southgate’s thinking just three months out from the World Cup in Russia.

“Alfie is progressing a lot in my opinion and we are very happy to help him do that,” Swansea manager Carvalhal said of the England Under-21 defender.

“As a manager, I always have two things in my head.

“One is to develop my team so we win games and the other is to try to make the players I am working with better players.

“Alfie is a very good centre-back and he is getting better.

“All credit goes to him – he is a good character, he plays with quality and, as I have said before, he is one of the best centre-backs playing in the Premier League.

“He is completely ready to play at a higher level, though that is the decision of my colleague (Southgate).

“Alfie is a good defender who can also start attacks, and in modern football that’s something you need.”