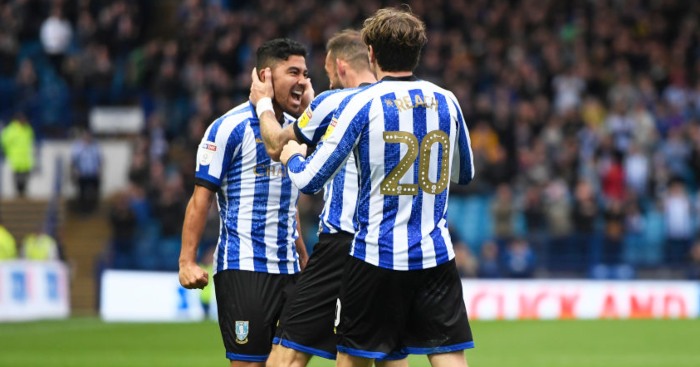 Back in July, a certain Football365 writer wrote that there was no tomorrow for Sheffield Wednesday who – following the departure of manager Steve Bruce to Newcastle United, the sale of Hillsborough raising questions about their finances, and with a squad growing stale before the very eyes of S6 – looked like a club destined for dark times.

It is fair to say that in the months since, not everything has gone to plan, there are still questions to be asked of this aged team, and the morality and one-time-get-out-of-jail pass of selling the stadium still bears undertones of trouble ahead, but not only have the Owls found their tomorrow, but the future is starting to look bright in this corner of South Yorkshire.

Out of nowhere, Garry Monk has rejuvenated a team that had begun to stagnate under caretaker manager Lee Bullen and taken them just three points off the top. A trip to Cardiff City on Friday night means that a win of two goals or more (or a 5-4, 6-5, 7-6 etc) victory could see Wednesday go top of the table, albeit for less than 24 hours. Still though, how the f*ck has that happened?

Well, for starters, a point made in pre-season was that it would be nigh-on impossible for Wednesday to strike managerial lightning twice with an appointment to match that of the departed Bruce, but Monk was worth the wait with an unholy amount of goodwill accrued in his debut month at Hillsborough.

A disappointing trip to Hull City aside, Wednesday have picked up ten points from Monk’s five games in charge, having played the likes of Fulham and Monk’s former employers Middlesbrough in that time too. If they keep up a run of two points per game for the rest of the season then a play-off place is assured and an automatic spot extremely likely.

Of course, new manager bounces and inevitable dry spells and poor form have to be taken into account, but it is not falling which matters, but how one responds to a fall. The 1-0 defeat to Hull – just three days after the 4-1 demolition of Boro – was a match from which the Owls would have expected at least a point. The next fixture against Wigan provided a similar battle against a side on a poor run of form and all too often, Wednesday supporters have seen their sides fail to live up to great promise by failing to get going when the going went easy on them. They won 1-0.

It is far too early to suggest that Monk has changed the entire ethos of this club, but this season was never about promotion; the cycle has been repeated too many times in the Chansiri era to allow such dreams to be realistic.

Instead, this season was about trying to find hope and success in smaller fractions. Look at the teams at the top of the Championship; West Brom have forged a new identity, Preston’s has been there for quite some time, and Leeds had one the minute Marcelo Bielsa stepped through the Elland Road door.

Aside from a clash with those fierce West Yorkshire rivals at the end of October, the next set of fixtures should offer more clarity on Wednesday’s immediate hopes, but failure to achieve promotion, a play-off spot, or even a top-half berth need not detract from what is happening and what could happen for Wednesday in the near future.

Those pre-season predictions of turmoil were not about relegation fears, but rather about the fans having little to cheer for, the team having no direction and the club having used up their get-out-of-jail passes.

There are still concerns; this is an ageing squad, albeit spliced with more youth than recent years, and there are doubts over the quality of certain players such as full-back Moses Odubajo and winger Jacob Murphy, while high earners such as Jordan Rhodes are still failing to deserve their corn. Overall though, there are far more reasons to be positive than anyone could have thought possible in the summer.

Many of those fears have now subsided but the realistic aim is the same, though mid-table under Bullen would be a far cry away from mid-table under Monk. Now even a mid-table finish could represent the start of a potentially powerful journey. There is a tomorrow for Sheffield Wednesday and it’s starting to look bright.