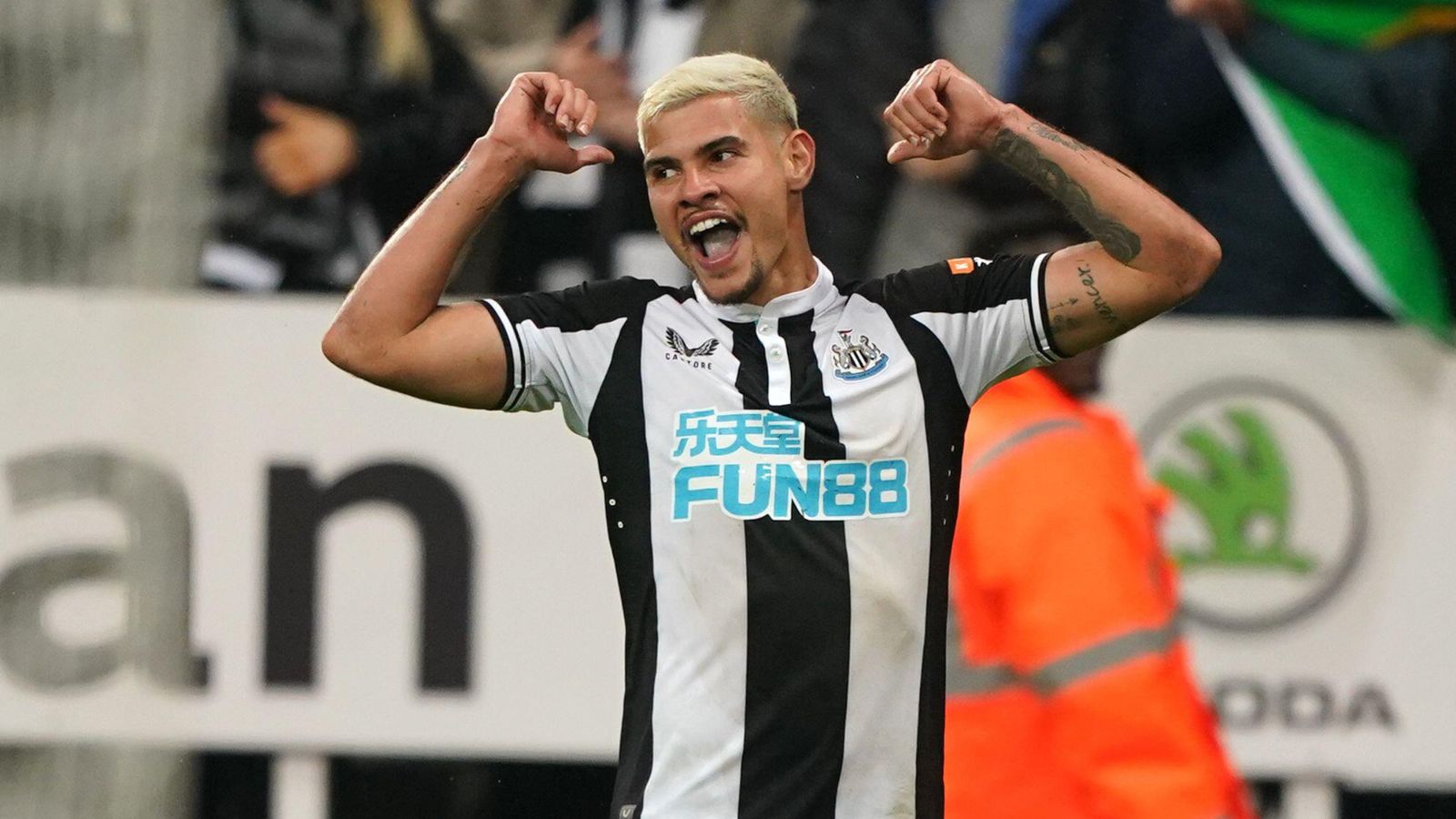 Bruno Guimaraes has revealed his love for Newcastle where the “fans are crazy” about him and for Eddie Howe, who’s “turned water into wine” at St James’ Park.

The Brazilian was an immediate hero among the Toon fans having moved from Lyon for £38m in January, with his arrival ushering in a complete turnaround in their fortunes.

READ MORE: The Impact XI: The Premier League signings who have made their presence felt

The 24-year-old scored five goals and provided one assist in 17 games to help steer the Magpies well clear of relegation.

Reflecting on his first few months in the Premier League, Bruno has declared his love for Newcastle and the fans.

“I already feel at home here.

“The fans are crazy about me, and nothing beats that in football. Honestly, I get so much love out on the streets that sometimes it feels like I’m the mayor of the city!

“They spot me and start yelling my name, wanting to take a picture. I’ve met people who’ve got a tattoo with my face on! It’s nuts. That’s the love fans have.”

The midfielder also revealed his admiration for manager Howe, who expertly led the club away from the relegation zone last season.

“I admire the way he manages the whole group. He has a very human side with everyone.

“He’s turned water into wine here, leading a team that many saw as virtually relegated to the middle of the table. He’s bringing a winning mentality to the club – crucial when you have such a big project.”

Newcastle spent just over £120m on four new additions in the summer, a similar outlay to the January window which saw Bruno arrive on Tyneside.

But their form this season has failed to match that of the end of last term and despite losing just one game, sit tenth in the table with just eight goals in their seven games so far.