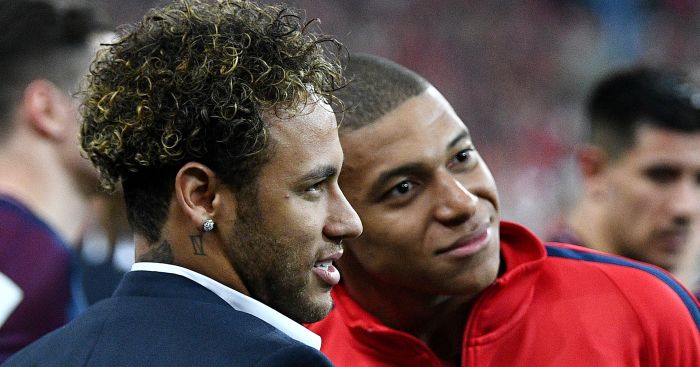 Kylian Mbappe believes his relationship with Paris Saint-Germain team-mate Neymar will stay strong despite the pair’s drive to be the best in the world.

Mbappe stole the show at the World Cup with a number a brilliant displays as France lifted the trophy for the second time in their history, while Neymar and Brazil crashed out in the quarter-finals to Belgium.

And to add fuel to the fire, both players have recently been nominated for the Best FIFA Men’s Player award alongside the likes of Cristiano Ronaldo, Luka Modric and Raphael Varane.

“Not much will change in our collaboration. Things are clear between us,” Mbappe told France Football.

“It is true to say the president asked my advice, and I told him repeatedly that Kante would be good for our team.

“I spoke with N’Golo during the World Cup about him joining us.

“I didn’t impose on him, as I know that is the time when players get brainwashed about possible transfers.

“But in the end I put a few written words in his pockets to get the message across to him well.”