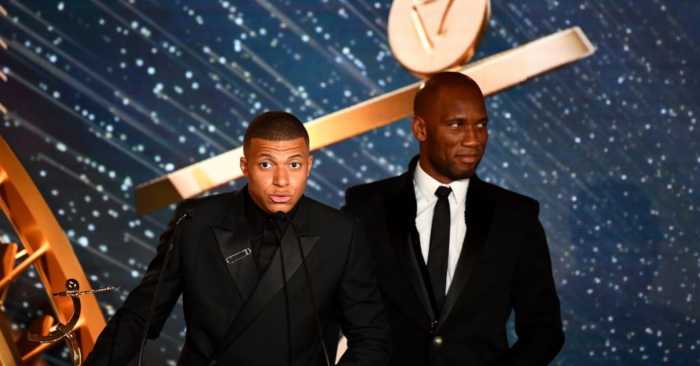 Kylian Mbappe has hinted he could seek a move away from Paris St Germain.

Mbappe was named at Sunday night’s UNFP (French Professional Footballers Association) Awards as Ligue 1’s player of the season – but, during his acceptance speech, he said he wanted to be given “more responsibility”, either at PSG or “elsewhere with a new project”.

L’Equipe published a transcript of his speech online in which Mbappe said: “It’s a very important moment for me, I come to a turning point in my career.

“I have discovered a lot here, and I feel it is maybe the moment to have more responsibility.

“I hope that can perhaps be at Paris St Germain, that would be a great pleasure. Or maybe elsewhere with a new project.”

Mbappe, dubbed “the most valuable player in the world” by Jose Mourinho, was named player of the year after scoring 40 goals in all competitions, including 32 in 28 league games. He also scooped the young player of the year prize for a record third year in succession.

He said after winning the main award: “It’s truly a pleasure, the only trophy I was missing! I am very happy.

“I want to first dedicate this to president Nasser (Al Khelaifi). He has always been honest with me since the first day I arrived so I want to thank him. I want to thank everyone here who contributed to this championship.

“It is now my fourth year in this league. I have seen a lot of things which have been rich in emotion.

“Firstly with Monaco where I was formed, we won the title. Then a totally different project with Paris St Germain where I succeeded in adapting my game in my first year and changing position this year.”

After the eye-catching remarks about his PSG future, Mbappe concluded: “But I want to say to you, ‘Thank you’.”

He’s off to Liverpool. Or Tottenham.